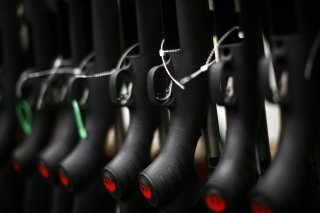 Ruger further announced this month that its Board of Directors declared a dividend of 0.79 per share for the third quarter for stockholders of record as of Nov. 15, 2021, payable on Nov. 30, 2021. Dividends vary every quarter because Ruger pays a percentage of earnings rather than a fixed amount per share—and it noted that this dividend is approximately 40 percent of net income.

“Despite taking a one week shutdown in July, we were able to increase production by 22 percent from last year,” said Chief Executive Officer Christopher J. Killoy. “This was our first shutdown in two years, which gave our workforce a very well-deserved break, allowed us to perform some maintenance and reconfigure some of our manufacturing operations, which has us better prepared as we head into the fourth quarter and 2022.”

Killoy acknowledged that firearms sales have begun to slow from the record highs of last year but remained optimistic.

“Despite a moderation of overall demand as reflected in the last two quarters of adjusted NICS, we shipped all of the firearms that we built this quarter without the need to aggressively promote or discount our products,” Killoy said. “Our finished goods inventories remain near historic lows and we have just begun to replenish the distributor and retail inventories that were largely depleted over the past eighteen months, putting us in a great position as we head into the fourth quarter, which has traditionally been a period of strong demand. In addition to our established firearms, we are working hard on some exciting new product initiatives, including the return of Marlin lever-action rifles, which we plan to begin shipping later in the fourth quarter.”

Additionally, Killoy offered some observations on what the company could expect in the coming months and predicted that there will remain strong consumer demand for Ruger's products, while production has increased this year.

Newly introduced products have been met with strong demand, and that includes the new Ruger-57, the LCP II in .22 LR, the PC Charger, the MAX-9 pistol, and the LCP MAX. Those firearms represented $116.2 million or 22 percent of firearm sales in the first nine months of 2021.

Founded in 1949 by William B. Ruger and Alexander McCormick Sturm in Southport, Connecticut, the company has a unique backstory. It began when Ruger decided to make some simple handguns, which were little more than copies of a captured Japanese Nambu pistol that he had purchased from a returning marine after the war. With the financial backing from Sturm, the pair decided to introduce an original semi-auto pistol that also took design elements from the German 9-millimeter Luger as well as the American Colt Woodsman. Today, Ruger offers consumers almost eight hundred variations of more than forty product lines.