Sure, Australia Getting Nuclear Submarines Is a Big Deal—But There's More To It Than That 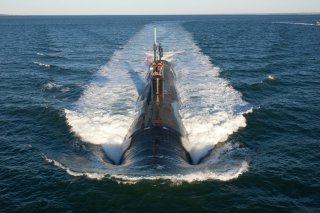 The recent Australia-United States-United Kingdom defense agreement, known as AUKUS, has splashed across headlines in the short time since the agreement was made public—and for good reason. Not only does the agreement bring Australia and the United Kingdom closer into the United States’ fold with thinly-veiled statements about increasing concern in the Pacific, but it also provides for a slew of new capabilities for Australia.

Not least of these are the eight nuclear submarines that the Royal Australian Navy will eventually sail, a huge first for the nuclear-free country. The agreement also puts several munitions into Australian hands that will seriously augment the country’s seapower. These include Tomahawk cruise missiles for the country’s Hobart-class destroyers, AGM-158C LRASM stealthy anti-ship missiles, and promises for collaboration in the future on American hypersonic cruise missiles.

It is eminently clear that Australian seapower is poised to expand very soon, and it is logical that so much attention has been paid to these developments. But of equal importance is the United States’ presence in Australia, which is also set to grow.

The Land Down Under

The United States maintains a presence in Australia, the Marine Rotational Force Darwin, a force of about 2,500 Marines that cycle through Australia’s Northern Territory for joint American-Australian exercises.

But, several days ago, the American secretary of defense Lloyd Austin and Australian minister for defense Peter Dutton signed a statement of intent that endorses expanding American force presence in Australia. They agreed to improve interoperability through deeper defense integration and reaffirmed commitment to multi-lateral defense cooperation in the region with a nod to including Japan and India.

The rationale for this recent defense pronouncement was clear. Secretary Austin explained that he and Secretary Dutton “spoke in detail about China’s destabilizing activities and Beijing’s efforts to coerce and intimidate other countries, contrary to established rules and norms.  And while we seek a constructive, results-oriented relationship with the PRC, we will remain clear-eyed in our view of Beijing’s efforts to undermine the established international order.”

So what are the practical implications of an increased American presence in Australia? Secretary Dutton explained that he has “an aspiration to make sure that we can increase the numbers of troops through the [U.S. Marine Corps] rotations. The air capability will be enhanced, our maritime capability enhanced, and certainly, the force posture enhanced.  And if that includes basing and includes the storage of different ordnances, I think that is in Australia’s best interest, in our national interest, at this point in time.”

In essence, there will be more Marines, more planes, and more ships cycling through Australia. Could the United States go so far as to maintain a permanent garrison there? Perhaps, though, it matters less than the fact that the United States is significantly expanding its presence there in a big way. Coupled with Australian nuclear submarines, America’s presence—and American ally’s capabilities—in the Pacific are on the cusp of rapid expansion.