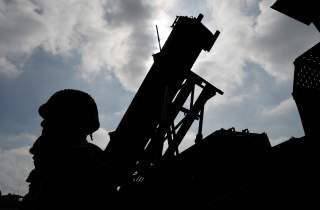 Sweden is officially purchasing the Patriot missile defense system from the United States.

Reuters reported the news on August 2. Sweden’s military logistics organization, the Sweden’s Defence Materiel Administration (FMV), had been negotiating with the United States for the system since last year.

“The government has decided to authorize the FMV ... to sign a contract with the United States to buy the American air defense system Patriot,” Reuters quoted the Swedish Defense Ministry as saying in a statement.

“This system has been proven in action ... there are a number of other countries that already have it and we expect the first delivery in 2021,” Hultqvist said. Delivery is expected to be finished by 2025.

How much Sweden will pay for the the system is unclear. When the State Department authorized the deal in February 2018 it placed the cost at $3.2 billion.

Two months later, in April 2018, the FMV said the deal would run Stockholm 10 billion Swedish crowns, which is $1.13 billion. Part of the discrepancy could be in the number and types of missiles Stockholm selects. The State Department has authorized up to 300 missiles.

Sweden is intent on getting the most advanced Patriot system and interceptors available. According to the Defense Security Cooperation Agency, a Department of Defense body that helps facilitate arms sales:

The Patriot Configuration 3+ is the most modern of the Patriot missile defense systems. Built by Raytheon, it includes a whole host of upgrades from the earlier configurations, including the ability to fire PAC-3 MSEs.

The PAC-3 MSEs are the most advanced interceptors on the market for the Patriot system. According to Lockheed Martin, which builds the interceptors : “The PAC-3 MSE incorporates a larger, dual pulse solid rocket motor; larger fins; and upgraded actuators and thermal batteries to accommodate increased performance. The modifications extends the missile’s reach.”

Purchasing the Patriot system, especially with the MSEs, will be a major upgrade for Swedish missile and air defenses. Currently, Stockholm’s systems cannot target ballistic missiles. This is problematic for a country like Sweden which is not a member of NATO and feels increasingly threatened by Russia since Moscow’s actions in Ukraine in 2014. Ukraine is also not a member of NATO.

That being said, it remains unclear how Sweden intends to pay for the system regardless of the cost. Defense News reported last month that the “latest organizational strength assessments, produced by the Swedish Armed Forces for the Ministry of Defence, suggest the military will lack adequate funding in 2019-2020 to cover its day-to-day operational needs or to proceed with key procurement programs, including the purchase of Patriot missiles.”

Although the major parties in Sweden are favor purchasing the Patriot systems, the opposition parties are worried about the purchase crowding out other operational needs. Instead, some of them want to provide a special allocation outside the normal defense budget to cover the Patriot purchase. It is unclear if the Swedish government has decided to pursue this option.

The Patriot system has been on a roll lately in terms of international sales. Currently 15 countries have purchased the Patriot system, according to Reuters, including Germany, the Netherlands, Romania, and Poland among NATO countries. Switzerland, which is not a part of NATO, is also considering purchasing it. Many countries with older systems have been also been upgrading them.

Sales of the PAC-3 MSEs are especially strong. As I noted last month, Lockheed Martin recently announced plans to triple production of the missile in anticipation of future demand.

Is Lockheed Martin Getting Ready to Build a Super Patriot Missile?