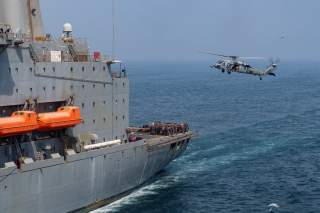 Key point: The Tanker War demonstrated how Iran could retaliate against foreign pressure through calibrated, and semi-deniable attacks on the valuable shipping passing through the narrow waters of the Gulf...

Sébastien Roblin holds a master’s degree in conflict resolution from Georgetown University and served as a university instructor for the Peace Corps in China. He has also worked in education, editing, and refugee resettlement in France and the United States. He currently writes on security and military history for War Is Boring. This article first appeared earlier in 2019.