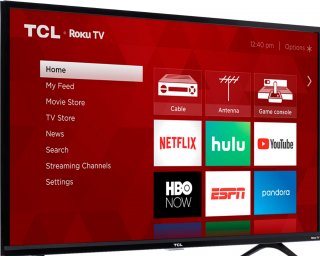 Over the past several years, TCL has positioned itself to be a dominant player in the U.S. TV market. In fact, in 2019, the company sold more than 28 million TVs worldwide, which indeed place it in the same conversation as tech behemoths Samsung, LG and Sony.

While many consumers were overjoyed by the fact that they could nab a 4K HDTV for $500 or $600, what wasn’t clear was how exactly TCL could stay financially afloat by offering such incredible deals.

Well, now we know that TCL has always received some help along the way, and that came in the form of financial backing by the Chinese government. Both TCL and Hisense are Chinese government state-owned enterprises that are under the control of the Qingdao and Guangdong governments, respectively.

With such connections to heavy hitters, TCL has received billions of dollars in government funds to help pay for next-generation research and development or just to subsidize the products enough so that the low prices alone will attract a loyal following worldwide.

China, though, isn’t trying to hide its ambitions of trying to dominate certain global industries. In 2010, Bloomberg reported that TCL was receiving 210 million yuan in subsidies, on top of 342 million yuan in the past, from the city of Shenzhen. In 2013, it was reported that TCL bagged more than $2 billion in government aid. And in 2015, another billion dollars of aid was earmarked for the fast-growing TV manufacturer.

But this kind of buddy-like relationship with the Chinese government has already put some consumers on edge. The controversy isn’t that different from the heated discussions surrounding Huawei, for if the company basically runs certain vital communications networks, this setup could theoretically give it the capacity to disrupt communications on a whim or conduct state-sponsored espionage.

Could these smart TVs that TCL sells at bargain-bin prices be utilized for nefarious purposes by the Chinese government? There isn’t outright evidence yet, but it seems like the necessary infrastructure is there if China chooses to take that route.

So, while you enjoy your next big game on your TCL TV, keep in mind that China could be tracking what programs you’re tuned into--or who knows. Perhaps the risk isn’t high, but you should ask yourself how much risk you are really willing to take.