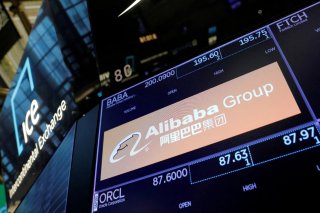 Chinese e-commerce giant Alibaba announced on Tuesday that it sought primary listing status on the Stock Exchange of Hong Kong (SEHK), likely moving some of its trading away from the dominant New York Stock Exchange (NYSE) amid increasing scrutiny from the U.S. government and a regulatory crackdown from Beijing, according to Reuters.

If completed, the move would also take advantage of incentives in Hong Kong aiming to attract Chinese high-tech companies to the “special autonomous region,” which has been loosely governed by Beijing since 1997 and saw a dramatic crackdown on anti-Beijing demonstrations in 2020. It takes place as both the United States and China have demanded stricter auditing regulations on Chinese companies listed in New York, imposing a set of new rules threatening to remove hundreds of Chinese firms from the world’s largest exchange.

Alibaba’s initial public offering, or IPO, occurred in New York in September 2014, making it the largest IPO in history at the time. However, the Chinese company’s share price has cratered in both New York and Hong Kong in the past two years, as regulators in Beijing have issued regulatory fines on the company and founder Jack Ma disappeared for three months after making statements critical of the ruling Chinese Communist Party. After the Chinese government imposed a $2.8 billion fine against the company in 2021, Alibaba’s affiliate Ant Group, the owner of the highly popular Alipay mobile payment system, was forced to cancel its impending IPO.

Although Alibaba has been listed on the SEHK since 2019, the move from secondary listing to primary listing allows the company to take advantage of Stock Connect, a feature allowing investors in mainland China easier access to the Hong Kong market. Companies with secondary listings in Hong Kong, including Alibaba and many Chinese companies predominantly traded in Shanghai, are not given access to Stock Connect. The rule change came in January after the SEHK allowed “innovative” Chinese tech companies to take advantage of the scheme. Once the move is complete, Alibaba will become the first major company to benefit from the rule. Unusually, the company will maintain primary exchanges in both New York and Hong Kong for the time being.

The primary listing process in Hong Kong is expected to be finished by the end of 2022, according to Alibaba CEO Daniel Zhang, who said that the new listing would allow for a “wider and more diversified investor base” for the company. The news led Alibaba’s stock price to increase by 6.5 percent, while Hong Kong’s overall benchmark rose by 1.7 percent.