Tech Question: Is the Desktop PC RIP or Office Must Have? 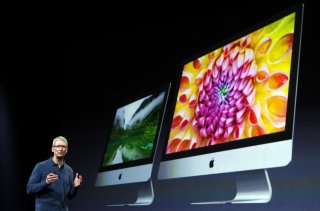 Whenever there is much hoopla about a new computer hitting the market, more often than not it’s usually a laptop or a tablet. This fact doesn’t bode well for the future of those clunky desktops PCs. But have desktop PCs already gone the way of the rotary dial phone?

The simple answer is no. Despite all of the high-end notebooks and tablets hitting the market every several months, what has indeed held true over the years is that desktop PCs still rule the office world.

There is even data to back it up. According to a survey by Spiceworks, nearly 70 percent of businesses report that desktops are their main computing devices for their respective employees. In comparison, only about 30 percent still favor laptops, while tablets only registered a measly 1 percent.

Providing such expensive machines and to upkeep them is quite expensive for many companies, so just throwing them out like trash and getting everyone a laptop just isn’t economically feasible.

There is something to be said about the hardware of desktops as well. You can relatively easily attain better performance on a desktop even if a laptop supposedly has similar parts. That’s because desktops usually come with full-size parts that are often more powerful than the shrunk-down counterparts for laptops.

This is especially true for processors that can dictate a computer’s overall speed and performance. Ask any hardcore gamer, and they will most likely choose a tricked-out desktop because it has the necessary processing speed to translate all that data without hiccups and lag. Surely, notebooks will get there at some point, but right now, desktops are still kings in the gaming world.

Then there is the cost factor. For half the price of a MacBook Pro, you can really nab a nice desktop computer that can run all of your resource-intensive applications and programs. Add in a relatively cheap monitor, and boom, you have just created that perfect computer for all of your needs. Furthermore, since portability isn't relevant for desktops, they can support bigger devices like dedicated video cards and multiple hard drives.

Don’t forget that if you ever want to upgrade any parts, it usually is easier and more cost-effective to do so on a desktop. If you feel that something is lacking, you can always purchase individual parts for a desktop to fulfill your desires, instead of dropping a grand or two on a brand-new laptop.

So, that’s your cue to splurge on that desktop computer that you can always customize to your wants. Don’t fret, they are relevant today and likely will be so for years to come.