This Is the Terrifying New Weapon Russia Could Use to Kill U.S. Tanks 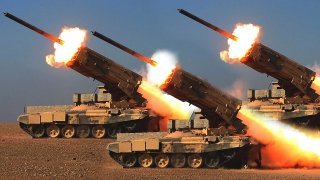