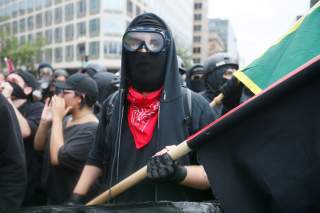 Texas Lt. Gov. Dan Patrick told Antifa to “stay out of Texas” in the aftermath of a shooting at an El Paso Walmart Saturday.

The lieutenant governor referred to reports that an Antifa group plans to go to Texas and perform militancy exercises at the border. Patrick warned the group to stay out of Texas.

“I was looking at a story recently in the last couple days where Antifa is posting they want to come to El Paso and do a 10-day siege. Clear message to Antifa: Stay out of El Paso. Stay out of Texas, basically. We don’t need them coming in on Sept. 1,” Patrick, a Republican, told Fox News.

“We didn’t need them to begin with before this happened,” he said. “I would say to Antifa, scratch Texas off the map and don’t come in. It’s not the time and place forthem to come at any time, particularly in aftermath of what happened in El Paso.”

Antifa is leading a “Border Resistance” militancy training tour that will converge on a 10-day siege in El Paso, TX. The promotional image shows border enforcement officers being killed & government property fired bombed. Organizers asking for “white comrades” to pay for others. pic.twitter.com/zwG7iMLMZT

Antifa is planning a “Border Resistance” exercise involving a “militancy training tour that will converge on a 10-day siege in El Paso, TX,” a July tweet from journalist Andy Ngo said.