Is There Really a Coin Shortage in America? 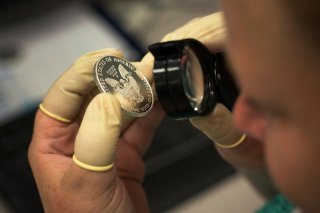 One of the first major changes people notices in the early days of the coronavirus pandemic was the coin shortage. Many businesses noted that they were having trouble providing change and found themselves asking customers to help them acquire more coins or by paying via digital means.

The original cause of the 2020 coin shortage was that production at the United States Mint was slowed due to the pandemic, with the “cumulative mintage” down to just over 4 billion, as opposed to 5.07 billion the previous year, as of May 2020. The other problem was that early in the pandemic, very few coins were circulating in the economy, thanks to stay-at-home orders and fewer people going out and spending money. Then. once the economy began to reopen, many businesses exhausted their coin inventories.

Now, the Federal Reserve has issued a statement addressing whether there is really a coin shortage.

“There is currently an adequate overall amount of coins in the economy,” the Fed statement states. “But business and bank closures associated with the COVID-19 pandemic significantly disrupted normal circulation patterns for U.S. coins. This slowed the pace of circulation reduced available inventories in some areas of the country during 2020.”

The statement went on to address what happened with coins in 2020 and early 2021.

“The Federal Reserve continues to work with the U.S. Mint and others in the industry to keep coins circulating. As a first step, a temporary cap was imposed in June 2020 on the orders depository institutions place for coins with the Federal Reserve to ensure that the supply was fairly distributed. Because coin circulation patterns have not fully returned to pre-pandemic levels, caps were reinstated in May 2021.”

The early coin shortages led to the establishment of the U.S. Coin Task Force, which uses the social media hashtag #getcoinmoving.

“The weak circulation affects most everyone, but the hardest hit are small cash-dependent businesses and those who are least well off,” Hannah Walker, a U.S. Coin Task Force member and vice president of the Food Industry Association, said on the Coin Task Force’s website. “For millions of Americans, cash is the only form of payment.”

Among recommendations from that task force are for Americans to spend their existing coins, deposit them at banks and other financial institutions, redeem coins at kiosks, and use the #getcoinmoving hashtag.

“As the economy recovers and businesses reopen, more coins will flow back into retail and banking channels and eventually into the Federal Reserve, which should allow for the further rebuilding of coin inventories available for recirculation,” the Fed said on their website this week.