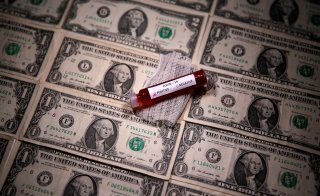 In his gripping novel The Plague (1947), the French existentialist Albert Camus warned, “the first thing that plague brought to our town was exile.” Today, at least a fourth of the world’s population is placed under one form of lockdown or the other, with countless mega-cities around the world falling into a dystopian silence. My loved ones, stretching from the shores of the Mediterranean and the Caspian Sea all the way to the West Coast, are grappling with variations of collective quarantines under a whole host of increasingly desperate governments.

The United Nations’ Secretary-General Antonio Guterres has warned that the coronavirus (COVID-19) plague is “threatening the whole of humanity - and the whole of humanity must fight back.” Following the announcement of a three-weeks-long lockdown in the world’s second largest nation, India’s chest-thumping Prime Minister Narendra Modi appealed for maximum cooperation, exclaiming: “If we won’t follow the nationwide lockdown for 21 days, we will be pushed back by 21 years."

What we are witnessing now is a foretaste of what scientists call “existential risk,” with one arms control expert comparing the pandemic to a nuclear attack. With hundreds of thousands of infections around the world, experts have drawn our attention to the “Spanish Influenza,” which killed around 50 million people around the world and likely originated from China almost exactly a century earlier. Meanwhile, economists are warning of a “Greater Depression,” the largest global economic contraction in recent memory.

As Nouriel Roubini (aka “Dr Doom”) observers, “Earlier this month, it took just 15 days for the US stock market to plummet into bear territory (a 20% decline from its peak) – the fastest such decline ever,” with almost “every component of aggregate demand – consumption, capital spending, exports – [in] unprecedented free fall.” In short, this is the greatest and most devastating crisis that humanity has confronted since, at the very least, the Second World War. Thus, a generalized sense of panic and grief will almost inevitably gain grip on large sections of humanity in ways that defy our current language and transcend our existential paradigms.

With the latest studies from China showing that the highly transmissible virus could extend its tentacles to as far as 4.5 meters, even scientists are increasingly confounded about the true nature of this planetary enemy.  Credible mass-produced vaccines, meanwhile, are unlikely to be rolled out until the second quarter of next year. In the meantime, however, there are a set of “known knowns,” specifically in the realm of public policy.

To begin with, we are gaining some insights into the different stages of the public health crisis posed by the pandemic. The first two stages are fundamentally preventative, while the latter two are about containment of an outbreak. As Singapore and Taiwan have successfully shown, the best way to deal with the epidemic is through proactive prevention: namely, (i) rigorous travel restrictions on and monitoring of passengers from epidemic hotspots to (ii) rapid and extensive contact tracing as well as targeted quarantine of potentially exposed micro-communities (as in the 10,600 residents of Son Loi in northern Vietnam).

The third phase is once intra-community transmission has taken place, making contact tracing close to impossible. So far, South Korea, which rolled out mass testing and public information campaigns on an unprecedented scale, provides the most successful model of containment at this stage. Crucially, South Korea shunned large-scale lockdowns. In contrast, other Asian countries such as the Philippines have opted for large-scale lockdown of major cities, including Metro-Manila, with so far little indications of mass testing. The final phase is full epidemic outbreak, when even mass testing and lockdowns don’t seem to flatten the curve. And this brings us to the case of Italy, which, so far, has been the most tragic victim of the pandemic.

A study by Oxford University researchers shows that demographic and sociological factors may explain the unusually high fatality rate in Italy: namely, the average age of the population (large numbers of old, smoking men) as well as frequency of intergenerational interaction (regular visit of elderlies by their grandchildren) within families. From a policy standpoint, what explains the rapid epidemic outbreak, however, is the failure of the national government to impose decisive and strictly-enforced quarantines in the earlier days of the outbreak. As Attilo Fontana, the president of northern Italian region of Lombardy, told The New York Times, “My idea is that if we had shut everything in the beginning, for two weeks, probably now we would be celebrating victory.” Italy’s tragic experience holds compelling lessons for other nations grappling with widespread outbreak, particularly the United States, Spain and France, but also developing countries such as Iran, where infection rates are in the tens of thousands.

The final major “known known,” however, is the Chinese Communist regime’s systematic efforts at suppressing information during the earlier days of the outbreak in Wuhan and, most recently, actively shifting the blame elsewhere. In a surreal attempt at dodging culpability, Beijing has, among others, officially endorsed bizarre conspiracy theories, including the pathetically baseless accusation that the Pentagon may be behind the outbreak, as well as the scientifically tenuous suggestion that Italy’s coronavirus outbreak didn’t originate from China. On top of this, the communist regime has been accused of sowing divisions across Western allies, mainly by demonizing the U.S. response (e.g., Trump’s travel ban on Europe), as well as deploying a sophisticated campaign of disinformation on social media. It’s almost impossible to forecast the precise trajectory of the pandemic, given the unpredictability of responses by complex human institutions across continents. What’s clearer, however, is that the coronavirus pandemic is unleashing an even more contentious and polarizing geopolitical environment.