Think China's Air Force Is Scary? Just Wait Until They Get Working Engines 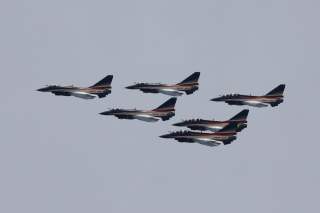 Key Point: It’s unclear whether, and when, the Chinese military might solve its engine problems. But there’s strong incentive for Beijing to devote vast resources to solutions.

David Axe serves as Defense Editor of the National Interest. He is the author of the graphic novels War Fix, War Is Boring and Machete Squad. This piece was originally featured in December 2019 and is being republished due to reader's interest.