Tough Call: Can America Avoid Another Expensive and Time-Consuming Disaster Like the F-35 Fighter? 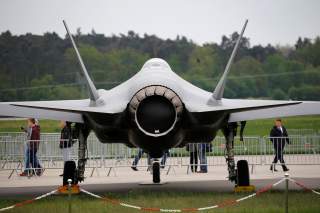 Key point: Many policymakers in Washington are angry at the cost and time spent on building the F-35. It may have been a good plane, but the process needs a complete overhaul.

Dr. Robert Farley, a frequent contributor to TNI, teaches at the Patterson School of Diplomacy and International Commerce at the University of Kentucky. He is the author of the Battleship Book and can be found at @drfarls. This first appeared in 2019.