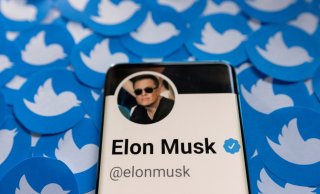 Last week, Twitter agreed to be acquired by Elon Musk for $44 billion and become a privately held company. But with the deal not closed yet, Twitter remains public for now and recently released its quarterly earnings.

On Thursday, Twitter reported revenue of $1.2 billion in the first quarter. According to CNBC, this was slightly below analyst expectations, but it was a 16 percent increase over the same time the year before. Net income was $513 million.

In addition, Twitter revealed in the release that it had been overstating the number of mDAUs (monetizable daily active users) between the first quarter of 2019 and the fourth quarter of 2021. “In March of 2019, we launched a feature that allowed people to link multiple separate accounts together in order to conveniently switch between accounts,” the company said. “An error was made at that time, such that actions taken via the primary account resulted in all linked accounts being counted as mDAU. This resulted in an overstatement of mDAU from Q1’19 through Q4’21.”

Twitter had admitted to a similar mistake back in 2017, Mashable reported. The current number of mDAUs is 229 million, the company said in the release, a 15.9 percent increase from the same period the year before. In the last week, there have been reports of popular accounts losing large numbers of followers and the accounts of some conservative political figures gaining them, although Twitter has described those as “organic.” At any rate, this happened after the end of the first quarter and therefore is not reflected in the first-quarter release.

The company, after announcing the deal with Musk, had said that while it would release earnings as scheduled, it would not host an earnings call.  “Given the pending acquisition of Twitter by Elon Musk, we will not be providing any forward-looking guidance, and are withdrawing all previously provided goals and outlook,” Twitter said in the earnings release Thursday.

The announcement earlier this week had the sale to Musk closing “in 2022,” although it wasn’t specific about exactly when meaning that this may or may not be Twitter’s final earnings release as a public company.