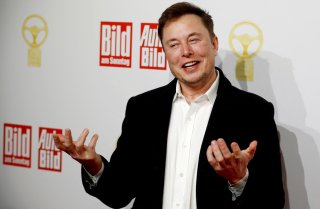 Elon Musk agreed last month to acquire Twitter and take the company private. However, the deal has not closed yet, and it won’t be finalized until later this year. That means that Musk is not officially in charge of the company quite yet.

But that hasn't stopped Musk from regularly using Twitter to talk about what he might do once he is in charge of the company. And one thing he might do as Twitter’s owner is charge some Twitter accounts for the privilege of tweeting.

“Ultimately, the downfall of the Freemasons was giving away their stonecutting services for nothing,” Musk tweeted Tuesday. “Twitter will always be free for casual users, but maybe a slight cost for commercial/government users.”

Reuters reported last month that Musk, when pitching banks on financing for his acquisition, had suggested a similar idea. Also, Musk has hinted at charging media companies to embed tweets.

Of course, it’s important to note that just because Musk tweeted an idea for changing how Twitter works does not mean he will carry those ideas out once he is actually in charge of the company.

Like many ideas for how to make Twitter better—including ones considered by the company years before Musk expressed interest in buying it—these notions may face serious practical hurdles. The Verge pointed out some of them.

“Making governments and corporations pay to tweet is more straightforward but still tricky to implement,” the Verge report noted. “For example, how big does a company have to be before you charge it to use Twitter? You probably don’t want The Coca-Cola Company to pay the same rate as a local brewery, for example. But if not, how do you differentiate? Do you scale charges based on number of followers (which might not reflect a company’s size), or revenue (which would need validation), or something else altogether? And how much do you charge, even on a tiered system?”

There’s also the possibility that, if Twitter started charging such accounts to use it, a competitor could emerge that did not do so, therefore giving those accounts a free alternative.

Meanwhile, there’s the question of whether those opposed to Musk’s takeover will leave Twitter—or whether they already have. Recode recently talked to prominent people who quit the social media network in the past, asking them how they feel about their decision now.

“Nothing happened to my career after I left Twitter,” said writer Lindy West, who left Twitter in 2017. “There was absolutely no discernible effect, except that my mental health was better.”

Another person quoted in the story, New York Times reporter Jonathan Weisman, told Recode that he left Twitter after a huge amount of anti-Semitic abuse but returned two years later after he felt the company took steps to mitigate it.