The UK Has Designed a Liquid Hydrogen-Powered Aircraft 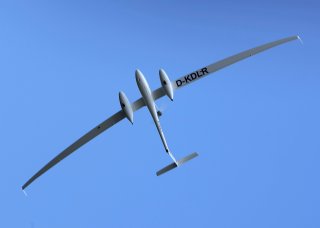 The Aerospace Technology Institute, a British government-funded research organization, has finalized its design for a hydrogen-powered plane that could theoretically travel halfway around the world without needing to refuel.

The “FlyZero,” as it has been dubbed, would be mostly identical to existing passenger planes, boasting 279 seats and operating within existing airlines. However, the plane’s major selling point would be its ability to fly without producing carbon emissions—a major concern, as aviation is a substantial contributor to climate change. Consequently, the plane has been advertised as a practical green alternative to existing air travel.

The search for alternatives to gas-powered aircraft has resulted in several concepts, including battery-powered aircraft and those with hydrogen fuel. However, although small battery-powered planes exist, battery-powered commercial aircraft are not currently practical at scale, as a pound of batteries contains far less energy than a pound of jet fuel. Hydrogen, on the other hand, contains far more than gasoline at the same weight, but far more difficult to store, as it is ordinarily a gas. The solution to this problem has usually been to liquefy the hydrogen by substantially lowering its temperature, storing it in cryogenic fuel tanks during the flight.

The ATI’s proposed aircraft would have a 54-meter (177-foot) wingspan, with two turboprop jet engines, one underneath each wing. It would have its hydrogen stored in cryogenic tanks, each kept at minus 418 degrees Fahrenheit, along the rear fuselage of the plane, as well as two smaller ones along the forward fuselage for balance. Unlike burning jet fuel, which releases carbon dioxide and other dangerous fumes, the only waste created by burning hydrogen is water.

Hydrogen’s current shortcoming against gasoline is that it is more expensive to operate. Additionally, while infrastructure for refueling with jet fuel is already widely adopted around the world, it is nonexistent for liquid hydrogen and would be difficult to create from the ground up.

Despite this, the ATI claimed in its press statement that the plane would have “superior operating economics compared to conventional aircraft from the mid-2030s onward,” as investments in green technology and infrastructure lower the cost of hydrogen.

The firm has raised 1.95 billion pounds, or $2.6 billion, in funding since its establishment in 2013. Of that, an estimated 15 million pounds, or roughly $20 million, was spent on the FlyZero project.