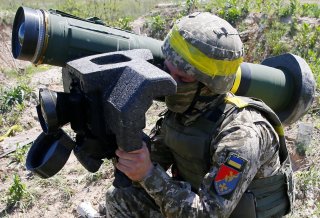 The Ukrainian military is sounding alarm bells, warning of a potential Russian incursion deeper into the country amid a slow but steady build-up of military forces along the country’s eastern border.

Some estimates place the number of Russian troops placed around Ukraine’s borders as high as 92,000, with soldiers from Russia’s interior staging in Russia’s western military district, which abuts Ukraine, and troops stationed near the Balkans moved to Crimea.

Fear is high in both the West and Ukraine, with multiple American and Ukrainian officials ringing alarm bells at what has been dubbed a creeping stage-up ahead of military action.

In an interview with the Washington Post, the Ukrainian Minister of Defense Oleksiy Reznikov outlined his concerns about the threat from Russia on his country’s eastern border. Reznikov said Russian president Vladimir Putin is at a crossroads, “deciding whether to “go through the Ukrainian border and burn the bridges, or he is still bargaining and trying to find something interesting for him” Reznikov explained. “I hope he has not made his decision on this point.”

Russia provides material aid to the two broadly unrecognized separatist regions along Ukraine’s eastern border with Russia. Though no longer the scene of intense fighting, the border separating those two regions, Donetsk and Luhansk, from Ukraine has seen an uptick in violence—and Ukrainian military innovation.

When exactly Ukrainian forces used the Javelin ATGMs remains unclear. However, both the potent American ATGMs as well as Turkey’s TB2 drones are thought to have had a powerful deterrent effect, if not on Russian forces, then on their separatist proxies.

It remains far from certain if Russia would go ahead with a broader invasion of Ukraine—the country is home to forty-four million citizens, many of which are staunchly opposed to Russian rule. Still, a destabilizing move—say, dividing the country in half, perhaps capturing Kyiv, the country’s capital—could be sufficient to prevent the government from swinging closer into orbit with Europe, NATO, and the United States. We’ll have to wait until winter to see.