Ukraine Might Get Patrol Boats from the United States 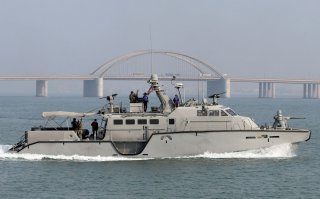 In a news release, the Defense Security Cooperation Agency announced the State Department’s approval of a potential military sale of 16 Mark VI Patrol boats and associated technologies to Ukraine. The DSCA is a branch of the Department of Defense responsible for promoting military cooperation between the United States and its allies, providing technical assistance, and military training. The release estimated a sale price of about $600 million dollars.

The purpose of the sale would be to “improve Ukraine’s capability to meet current and future threats by providing a modern, fast, short-range vessel,” a nod to the boat’s quick 35 knot sprint speed. “Ukraine will utilize the vessels to better defend its territorial waters and protect other maritime interests,” the release stated. Despite the fact that Ukraine’s military leans heavily on older legacy Soviet systems, “Ukraine will have no difficulty absorbing this equipment into its armed forces.”

The Mark VI boat is intended primarily to conduct patrols in coastal or littoral areas, provide shipping escort, conduct boarding operations, provide coastal security, and support special operations missions. To help facilitate this mission, the Mark VI has a very shallow five-foot draft, the measure of the distance from waterline to hull bottom, allowing the boat to safely sail quite close to shore.

The United States has previously provided Ukraine with military assistance to help the country fight Russian-backed separatists in the country’s east. In 2018 the State Department gave the go-ahead for a multi-million dollar sale that included Javelin anti-tank missiles. The Javelin sale was intended to augment Ukraine’s defenses against Russian-supplied and sometimes manned armored vehicles and tanks that had significantly aided separatists.

Ukraine’s Crimean Peninsula, annexed by Russia in 2014, hosted a large Ukrainian naval base at Sevastopol, on the peninsula’s south. After the annexation, Ukraine lost a significant number of their Navy personnel and equipment thanks to defections to the Russian Navy. In addition to surface vessels surrendered to Russia in 2014, several Ukrainian boats and their crews were seized in the 2018 Kerch Straight Incident, further eroding the Ukrainian Navy’s capability.

Small though Ukraine’s Black Sea fleet is, the addition of 16 Mark VI patrol boats would help augment the small force. If the American-supplied Javelin missiles were also installed for use at sea, the boat’s military potency could be greatly increased. The DSCA’s release makes clear that the patrol boat sale would not alter the military balance of power in the region, though it does serve as an important warning to Russia that Ukraine is not going it alone, and is supported in the Black Sea.