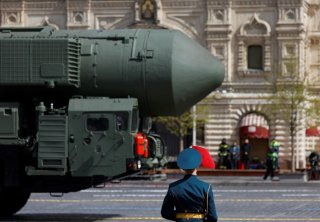 On Thursday, June 23, sixty-five countries who are signatories to the Treaty on the Prohibition of Nuclear Weapons issued a letter condemning “any and all nuclear threats, whether they be explicit or implicit and irrespective of the circumstances.”

The announcement came at the first-ever, United Nations (UN)-organized Meeting of States Parties to the Treaty on the Prohibition of Nuclear Weapons, and also called for the world to “move forward with its implementation, with the aim of further stigmatizing and delegitimizing nuclear weapons and steadily building a robust global peremptory norm against them.”

The Asahi Shimbun reported about the conference, which took place this week in Vienna.

“Today, the terrifying lessons of Hiroshima and Nagasaki are fading from memory,” the UN chief said in the message. “The once-unthinkable prospect of nuclear conflict is now back within the realm of possibility.”

International Campaign to Abolish Nuclear Weapons (ICAN) executive director Beatrice Fihn praised the letter. “This is the strongest condemnation of nuclear threats by a multilateral UN conference, and shows an unprecedented commitment by a global alliance of states, survivors of nuclear detonations, international organizations, and civil society to prevent nuclear war and eliminate nuclear weapons.”

Director of National Intelligence Avril Haines testified before the Senate Armed Services Committee last month, and warned that Russian president Vladimir Putin could turn to “unpredictable and drastic” measures should the war drag on further.

“The next few months could see us moving along a more unpredictable and potentially escalatory trajectory,” including “a period of more ad hoc decision making” by Russia, Haines warned, as reported by the New York Post at the time.

“And if Putin perceives that the United States is ignoring his threats, he may try to signal to Washington the heightened danger of its support to Ukraine by authorizing another large nuclear exercise.”

Earlier this week, Putin warned that Russia's RS-28 Sarmat nuclear missiles could be deployed within months. NATO has dubbed those weapons the “Satan-2” missiles.

“The Sarmat heavy intercontinental ballistic missile was successfully tested,” Putin said while addressing graduates of Russia’s military academies in Moscow, per the New York Post. “It is planned that by the end of this year, the first such complex will be put on combat duty.”

Russia tested the missiles in April and the country has said it will soon have fifty of them.

“If the United States threatens our state, it’s good: Here is the Sarmat [Satan-2 missile] for you, and there will be nuclear ashes from you if you think that Russia should not exist,” Aleksey Zhuravlyov, deputy chairman of the Russian parliament’s defense committee, said this spring, per the Post. “And Finland says that it is at one with the USA. Well, get in line.”