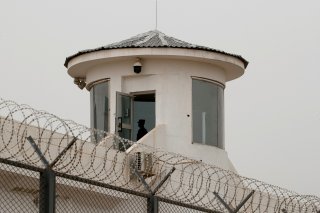 The International Labour Organization (ILO), a workers’ rights agency operated by the United Nations, accused China on Friday of overseeing a litany of discriminatory labor practices against ethnic Uyghurs in its northwestern Xinjiang autonomous region.

The ILO’s report, “Application of International Labour Standards,” claimed that China’s work policies in Xinjiang violated the UN’s Employment Policy Convention of 1964, an agreement that Beijing ratified in 1997.

The report, which reviewed dozens of nations’ employment policies, accused China of “engaging in a widespread and systematic programme involving the extensive use of forced labour of the Uyghur and other Turkic and/or Muslim minorities for agriculture and industrial activities throughout the Xinjiang Uyghur Autonomous Region.”

The report singled out Beijing’s use of “re-education” camps, which are estimated to house as many as 1.8 million people, overwhelmingly Uyghurs. These camps frequently double as labor camps, justified by Beijing as “poverty alleviation” or “vocational training” programs. In the report, the ILO found that conditions in the camps were extremely difficult and often involved physical and psychological torture. It also noted that even outside the camps, Uyghurs within Xinjiang were subjected to a raft of other restrictions, including segregation in housing and employment, religious intolerance, and the mandatory use of Mandarin in some settings.

In the past, China has defended its practices in Xinjiang by highlighting the effectiveness of its anti-terrorism campaign, which sharply curtailed terrorist incidents in the province. China has also denied the harshness of the conditions of its labor camps, although it generally no longer denies the existence of the camps themselves.

After the ILO report was released, the Chinese government responded to it in detail. China argued that some of the claims, including those of low wages within and outside the camps, were baseless. It also denied that Uyghurs experienced state-backed religious discrimination, and defended its Mandarin-language policies, arguing that mastery in the language was essential for the province’s integration into the rest of the country.

In spite of these general denials, Beijing also confirmed that it would take steps to strengthen employers’ compliance with the country’s minimum wage laws.

In answer to Beijing’s response, the ILO requested additional information from Xinjiang provincial authorities, including specific data on the vocational training programs within the camps and details on the province’s alleged prior efforts to eliminate forced labor.