The United States and Japan Plan to Strengthen Military Ties 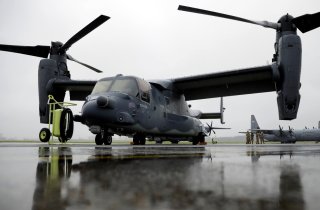 The United States and Japan are preparing to expand their military ties in 2022, according to a joint announcement between U.S. secretary of state Antony Blinken and Japanese foreign minister Yoshimasa Hayashi.

The two leaders each acknowledged the importance of the historic U.S.-Japan relationship, which Blinken described as the “cornerstone of peace and security in the Indo-Pacific” since the end of the Second World War. Blinken and Hayashi also expressed concerns over what they described as China’s “ongoing efforts” to “undermine” the existing international order in Asia. In response to their concerns over Beijing’s activities, they agreed that defense cooperation will be deepened in 2022 and beyond.

The virtual meeting also included remarks from Secretary of Defense Lloyd Austin and Japanese defense secretary Nobuo Kishi. The presence of four high-level officials led the conference to be referred to as the “2+2” meeting of the “U.S.-Japan Security Consultative Committee.”

The four officials “expressed their concerns that ongoing efforts by China to undermine the rules-based order present political, economic, military, and technological challenges to the region and the world,” according to the Department of Defense’s summary of the meeting. Particular criticism was set aside for China’s activities on the Senkaku Islands, a disputed island chain that the Japanese officials accused China of pursuing “unlawful maritime claims” and “militarization” in.

Since the early 2010s, the Chinese government has asserted its sovereignty over much of the South China Sea, advocating for international recognition of a “nine-dashed line” that would give China exclusive rights over the lion’s share of the sea’s islands. Although an international court of arbitration rejected the nine-dashed line in 2016, Beijing has refused to recognize the decision and has continued building artificial islands and military outposts throughout the disputed region.

In advance of the meeting, it was suggested that the United States and Japan would agree to a new defense collaboration deal, allowing greater cooperation in areas such as countermeasures against hypersonic weapons. Russia and China both possess hypersonic weapons, and North Korea recently claimed to have tested its own hypersonic missiles, although this has not been confirmed.

Blinken indicated that it will be important for the United States and Japan to “strengthen the tools we have, but also develop new ones.”

“We’re launching a new research and development agreement that will make it easier for our scientists … engineers and program managers to collaborate on emerging defense-related issues, from countering hypersonic threats to advancing space-based capabilities,” Blinken said.

On January 5, Japan signed the “Reciprocal Access Agreement” security pact with Australia, providing for shared military activities and strengthening their loose partnership against Chinese expansion in the Indo-Pacific.