U.S. Air Force to ‘Transform’ Itself to Meet the Threat of China 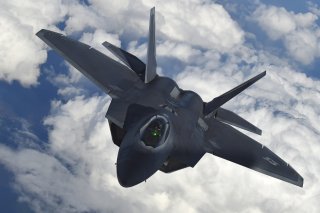 For many years now, the U.S. Air Force has been working intensely to find the optimal balance between building new platforms and maintaining, upgrading, and sustaining the existing ones.

This issue continues to take on new significance as the service reaches milestones in the development of new, much-needed platforms such as the almost-finished B-21 bomber and the emerging sixth-generation stealth fighter jet. The Air Force is in dire need of new airframes and platforms to supplement aging systems. Moreover, breakthrough modernization is also needed in order for the service to stay in front of fast-emerging threats.

The Air Force is retiring a number of aging aircraft to free up maintainers, engineers, and funding for new platforms. For instance, the service is divesting older F-15s, F-16s, and A-10s, among other platforms. Air Force Chief of Staff Gen. Charles Brown recently told Congress about this delicate but crucial balancing act.

“When I talk about balancing risk over time, there’s a balance between the operational risk we will see today as we make that transition versus the risk we’ll have in the future if we don’t start to modernize,” Brown said.

Brown was clear that modernization simply cannot be compromised if the United States is to win future conflicts. “We do have to make some tough choices. I don’t just look at the numbers. I look at the overall capabilities and capacity; not just the airplanes but what goes with the airplanes. … It’s a complete package. There is some risk there but I’d rather take a little bit of risk now than a lot of risk later in a future conflict,” he said.

The Air Force has wanted new platforms for decades, and it has had many successes when it comes to achieving the modernization versus sustainment balance. For example, many legacy programs have been massively upgraded to ensure continued relevance, functionality, and superiority.

The F-22, for instance, has received stealth coating and software upgrades to enhance its performance. In recent years, an upgrade referred to as 3.2B greatly improved the targeting, guidance, and effectiveness of the AIM-9X and AIM-120D weapons. These enhancements, now in place throughout much of the fleet, enable the F-22 to stay in front of potential threats and, among other things, improve the weapons’ ability to stay on course in an electronic warfare or jamming environment.

Yet another key example of Air Force success when it comes to modernizing existing platforms can be found with the aging B-52. Despite its age, the aircraft still has viable airframes and has been upgraded with new engines, an internal weapons bay, new communications technology, and avionics.

While working quickly to make progress and secure funding for innovation and the rapid development of emerging systems, Air Force weapons developers have had much success extending the operational effectiveness of some of the service’s best platforms while still recognizing that there are at times limits to how much legacy platforms can be improved. Therefore, efforts to engineer a new generation of platforms surge forward quickly with the strong support of Air Force leadership.