The U.S. Air Force Is Modernizing Its F-16 Fleet 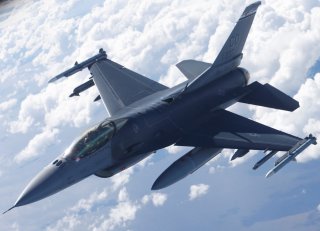 Over 600 of the U.S. Air Force’s F-16 fighters will receive modifications aimed at ensuring that the fourth-generation jets remain a credible deterrent against current and anticipated future threats.

“This is a pretty massive effort, a collision of mods as we call it,” said Oryan “OJ” Joseph, a program manager with the F-16 Program Office, in an Air Force statement. “We had to quickly look at all of the mods that are going on the aircraft and not only understand the timing of when the mods are going to deliver, but also when the aircraft will be available from the units. There are a lot of variables, a give and take tug of war that we deal with every day on bringing down aircraft [for modifications] at the right time,” Joseph added.

The F-16’s upgrades are extensive. The jets will receive the high-tech active electronically scanned array radar system. The Air Force’s F-16s will also be equipped with Link 16, a modernization package that includes an upgraded battlefield communications system, a high-speed data network, and a new cockpit computer. In addition, the Air Force jets will receive a new display unit, “next-generation electronic warfare capability,” and “several other key hardware components” that will help the jets remain combat-ready for years to come.

“Making sure we have the right modifications at the right time is crucial to the warfighter,” 1st Lt. Andrew Elledge, another program manager in the F-16 Program Office, said. He continued, saying, “It requires effort and daily coordination to ensure there is progress and communication with all programs related to this effort across all the bases involved. While this effort is a challenge, being able to keep the F-16 in the fight with the latest and greatest technology is the driving factor. I am thankful to have such experienced teammates to help tackle these complex daily tasks. It really takes all of us to keep this moving in the right direction!”

The Air Force F-16 upgrade program is a boon for an airplane that first flew in the mid-1970s. While the Air Force has already started incorporating some of the modifications, the Air Force plans to upgrade the entire F-16 fleet over the course of several years.