The U.S. Army's Future: All About Robots? 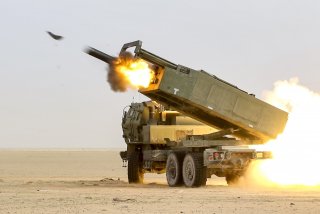 Emerging Army robots will massively extend the battlefield, enable more dispersed operations, deliver ammunition, network with air and ground drones, surveil forward high-risk areas and even fire weapons to attack when directed by a human, all variables which are leading the Army to craft newer kinds of concepts for traditional Combined Arms Maneuver warfare.

Unmanned systems and armed robots, increasingly enabled by artificial intelligence, are expected to greatly change combat maneuver formations by virtue of not only keeping soldiers themselves at safer standoff distances but also expediting the gathering, processing and transmitting of crucial, time-sensitive intelligence data in war. Thus, the premise of manned-unmanned teaming, a fast-evolving concept the Army is quickly bringing to new levels by firing machine guns, Javelin anti-tank missiles and grenade launchers at targets from Robotic Combat Vehicles in live-fire exercises. The robots, Army developers explained, are performing as well or better than expected in terms of demonstrating an ability to integrate a wide range of weapons applications and leverage advanced computer processing to gather and organize fast incoming data.

The integrated concept, increasingly becoming multi-domain, is to leverage unprecedented information processing speeds made possible by artificial-intelligence-empowered computer algorithms and connect with those faculties and attributes unique to human cognition through manned-unmanned teaming.

“This maximizes what humans do best and maximizes what machines do best. So the repetitive nature and removing humans from the most dangerous places on the battlefield are great, great things. But we have additional tasks that the robots can perform,”  Maj. Gen. Ross Coffman, the director of the Next-Gen Combat Vehicle Cross-Functional Team, told the National Interest.

Coffman explained how the robots can perform offensive or defensive missions depending upon how a given combat scenario evolves.

“We have persistent, all-weather ground robots that stay on the defensive or move forward of an attacking friendly force to develop the situation,” Coffman said.

Traditional Combined Arms Maneuver, which approaches combat with an interwoven mix of integration applications such as artillery, air support, long-range ground fires, mechanized armored combat vehicles and dismounted soldiers all operating in a synchronized fashion in coordination with one another. While this concept still very much provides the conceptual basis or point of departure for modern adaptations, future Combined Arms Maneuver strategies are likely to expand in scope and application to incorporate a much larger, less-condensed, yet networked area of combat operations. Perhaps most of all, robots armed with weapons, high-resolution, long-range targeting sensors and artificial-intelligence-capable data analysis will facilitate more cross-domain functions wherein targeting specifics can be transmitted from ground robots up to armed drones, helicopters, supporting manned vehicles or even fighter jets.