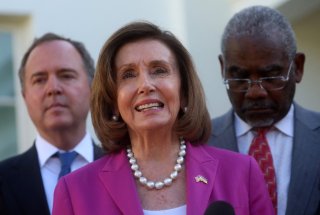 The Democratic-led House of Representatives has passed a $40 billion bill to deliver additional military and economic assistance to Kyiv as the Russo-Ukrainian War roils on in the country’s east and south.

The bill, which some Republicans say was passed with little chance for debate and review, includes $15 billion earmarked for military equipment, training, intelligence support, and the salaries of Ukraine’s armed forces. An additional $14 billion was allocated for non-military support, with another $5 billion in global food aid. The bill will reportedly include billions toward helping the U.S. defense industry replenish stocks of key weapons systems that are being shipped to Ukraine, notably Stinger anti-aircraft and Javelin anti-tank missiles. The house bill is substantially larger than the $33 billion initially requested by President Joe Biden, taking the total sum of U.S. aid to Ukraine since the war began to roughly $53 billion.

House Speaker Nancy Pelosi cast the Ukraine war as a crucible for the cause of global democracy. “We should all be very proud that we had the opportunity when Putin decided — whatever it is he decided — to be brutal and cruel and a coward, that we were there to help,” she said, as per the Washington Post. “It’s about democracy versus a dictatorship. Democracy must prevail. The Ukrainian people are fighting the fight for their democracy and, in doing so, for ours as well.”

The bill encountered higher-than-expected opposition among the GOP, with as many as fifty-seven house Republicans voting against it. “I haven't had a chance to review the bill,” said Rep. Chip Roy (R-TX) on the House floor, as per Politico. “My staff is poring over the pages trying to see what's in it ... Why don't we actually have a debate on the floor of the People's House, instead of the garbage of getting a $40 billion bill at three-o-clock in the afternoon?"

Rep. Yvette Herrell (R-NM) denounced the bill as an irresponsible use of taxpayer money at a time of steep domestic decline. “Having previously voted for substantial aid packages to Ukraine and sanctions against Russia, I cannot in good conscience rubber-stamp President Biden’s demand to take 40 billion dollars from American families and send it overseas with little idea of how it will be spent ... The American people did not elect us to pour their hard-earned money into a conflict halfway around the world, especially at a time when they struggle under Biden’s skyrocketing inflation, high gas prices, and baby formula shortages,” she tweeted.

As the war in Ukraine drags on with no end in sight, neither the White House nor Congress have expressed a willingness to consider a prospective cap on total aid. The Biden administration has instead signaled that it intends to provide Kyiv with military and economic assistance for as long as the conflict continues. “And as long as the assaults and atrocities continue, we’re going to continue to supply military assistance,” said Biden in April.