Is the U.S. Military Ready for a War in the Arctic? 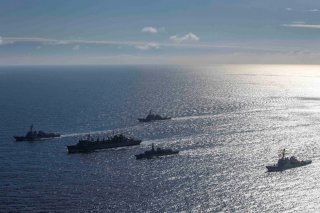 Russia has built military bases in the Arctic and also conducted a large number of patrol and training operations in the region, a series of maneuvers which has only increased U.S. preparations for greatly stepped up Arctic activity to counterbalance the strategic influence.