The US Military's Hypersonic Weapons Challenge 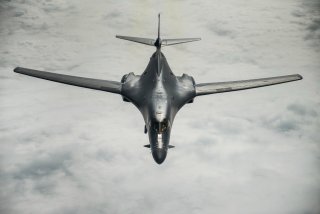 The United States Air Force ARRW program is in trouble. An abbreviation of Air-Launched Rapid Response Weapon, the program seeks to field a hypersonic, air-launched weapon for the Air Force. Still, the program has been plagued with developmental issues.

“The ARRW procurement plan has not changed from the fiscal year (FY) 2022 president's budget request. However, the production contract award has been delayed as the team resolves the current launch abort,” a U.S. Air Force spokesperson wrote in a January 19 statement.

“The production decision remains event-driven and will occur after operational utility is demonstrated with a successful all-up-round test flight and a successful production readiness review.”

“The production readiness review evaluates the ability of the suppliers to manufacture and integrate hardware for delivery, and is already under way,” the spokesperson further explained.

What’s in a name?

Hypersonic weapons like the ARRW are boost-glide-type weapons. That is to say, they are dependent on solid rocket fuel to achieve their low-earth orbits, a feature they share in common with intercontinental ballistic missiles.

Once at the correct attitude, weapons like the ARRW glide back down to earth unpowered—though “glide” is somewhat of a misnomer, as these weapons travel at mind-numbingly fast speeds.

And while weapons like the ARRW are unpowered when falling back to earth, they are highly maneuverable, especially during their terminal flight phase. This attribute makes them difficult to defend against, particularly for air defenses optimized for non-hypersonic threats.

Hypersonic air-launched weapons are generally large, necessitating a large platform like a strategic bomber for launch. The ARRW is no exception, though one similar missile, Russia’s Kinzhal, can be carried underneath the fuselage of some fighter jets.

Third Time is Not the Charm

The AGM-183A ARRW has failed three booster flights, and although the Air Force would have liked to begin production of the missile this year, that is increasingly seen as unlikely. Therefore, before the ARRW can complete its first full flight test, the program must successfully complete initial booster flight tests.

The Air Force attributed at least one of the failed booster flight tests to “dumb mistakes,” adding that an improperly attached control surface and an improperly completed pre-flight checklist led to an unfavorable result.

Teasing out errors has been trickier than eliminating operator error. For example, one flight ended in non-fatal disaster when the missile’s engine failed to ignite, causing the missile to crash into the ground.

Both Russia and China have several competing hypersonic missile programs in the works and have achieved several notable successes. This latest fumble should be of concern to both the Air Force and the Department of Defense.