The U.S. Navy’s Biggest Base Is Sinking 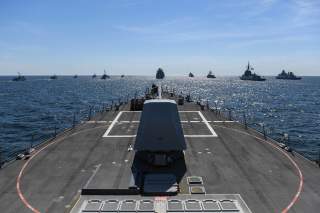