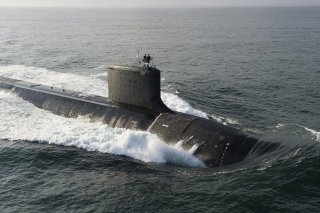 A number of submarine technology advancements since the end of the Cold War have arguably made the class into the deadliest sub hunters in existence.

One of the innovative technologies possessed by the Virginia-class is pump-jet propulsion, an improvement compared to traditional screw-type propellers. Though a variety of pump-jet designs exists, all of them essentially rely on a pump system to take in seawater and a nozzle to pump water out, creating forward movement. The advantages offered by pump-jet designs are numerous: they allow for higher top speeds than traditional propeller designs and are quieter—a crucial advantage in underwater games of cat-and-mouse.

The Virginia-class were the first American submarines to be designed using 3D computer modeling, a move that was supposed to save both money and time. Cost-saving measures were at a premium, as the class also supersedes the Seawolf-class an extremely well-armed and quiet though prohibitively costly fast-attack submarine class that was intended to replace the Los Angeles-class. Due to an extremely high $3 billion-plus per submarine, the Seawolves are represented by a paltry three hulls.

The Virginia-class comes in five blocks, or variants, that incorporate design improvements and cost-saving measures incrementally. The last block, block V, are radically different than the original block I Virginias and almost an entirely different class: they are about eighty feet longer in length than their predecessors, which allows them to house Virginia Payload Modules, increasing the amount of Tomahawk cruise missiles each submarine can carry—up to sixty-five missiles from approximately thirty-seven on previous Virginia blocks.

Most recently, the Virginia-class manufacturer, Electric Boat, announced they had been awarded $1.89 billion for an additional block V submarine, hull number SSN 811. The contract award allows Electric Boat to continue to produces Virginia-class at a rate of two hulls per year, a step seen by some as crucial for maintaining submarine numbers as the Los Angeles-class submarines are retired.

At this pace, the Virginia-class will likely be acquired until the mid-2040s, and are expected to remain in service for about thirty-three years. With that amount of longevity, the newest Virginia-class submarines would stay in service until the early 2070s.

Caleb Larson is a defense writer for the National Interest. He holds a Master of Public Policy and covers U.S. and Russian security, European defense issues, and German politics and culture