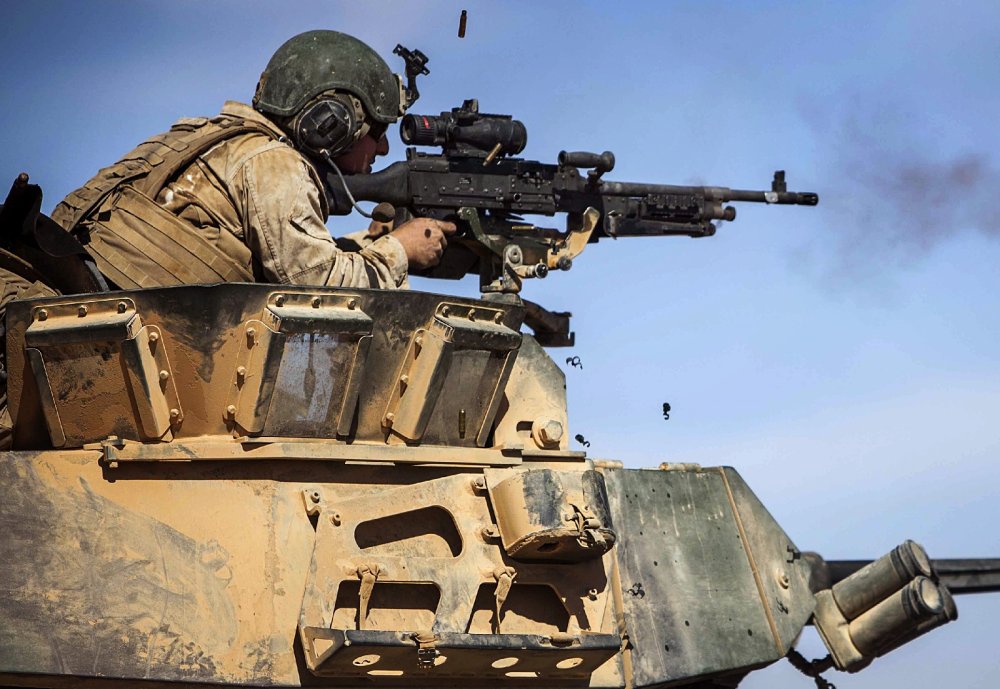 The U.S. Navy and Marine Corps are considering acquiring small transport ships in order to complement existing large amphibious vessels and give the fleet more ways of landing troops during a major war.

The new small transports, perhaps based on the oil and gas industry’s typical offshore support vessel, could represent a revival of a defunct class of warship that once filled a variety of roles in the American fleet.

“As the Navy and the Marine Corps narrow in on what their future amphibious operations might look like, they are considering acquiring something akin to an offshore support vessel to help Marines distribute around a littoral environment in a future fight,” Megan Eckstein wrote for the news website of the U.S. Naval Institute.

New commandant of the Marine Corps Gen. David Berger turned heads when his Commandant’s Planning Guidance said “the global options for amphibs include many more options than simply LHAs, LPDs and LSDs” and that, on account of a growing anti-access/area-denial threat environment, “visions of a massed naval armada nine nautical miles off-shore in the South China Sea preparing to launch the landing force in swarms of ACVs, LCUs and LCACs are impractical and unreasonable.”

LHA, LPD and LSD are Navy designations for large, armored amphibious assault ships that can displace up to 40,000 tons of water and carry hundreds of Marines plus aircraft, LCAC hovercraft, LCU landing craft and ACV amphibious vehicles. A single large amphib can cost more than a billion dollars.

“Since the document was released in July [2019], those in the military and industry have speculated what that could mean,” Eckstein added.

The deputy director of expeditionary warfare on the chief of naval operations’ staff (OPNAV N95B) said the commandant’s guidance lines up with what the Navy was already considering: offshore support vessels.

“How do we, as an amphibious warship force in the United States Navy, how do we support this [Expeditionary Advance Base Operations] concept?” Frank DiGiovanni said during a panel at Modern Day Marine 2019, referring to one of the Marines’ two new operating concepts.

“We came up with kind of the same thing the commandant put out in his guidance: we saw a need for a smaller set of diversified ships, we call them OSVs.”

DiGiovanni made clear that this wouldn’t come at the expense of the large multi-mission amphibious warships the Navy already buys, but “the more that you can diversify and complicate the enemy’s targeting capability, the better.”

U.S. industry builds plenty of ships in the class of an OSV. An Australian firm in 2012 manufactured two, 180-feet-long military OSVs for the Iraqi navy at a cost of $35 million per ship.

The Iraqi fleet uses the vessels to haul personnel to strategic oil platforms in the Persian Gulf. Each OSV boasts a 30-millimeter cannon for self-defense and can accommodate 40 passengers.

A similar OSV for the U.S. Navy could cost less than a hundred million dollars and carry a platoon of Marines plus small boats for getting them ashore. “OSVs would contribute to Marines being able to disperse for their own protection, as well as giving them the agility and maneuverability to get in and around islands or other littoral water features,” Eckstein wrote.

As recently as the 1960s, the U.S. Navy operated dozens of vessels similar in size and mission to the proposed OSVs. Fast transports, many of them modified from World War II destroyer-escorts, were around 300 feet long and could carry around 160 troops. They retained a five-inch gun for self-defense and shore-bombardment.

The fast transports participated in the Korean War and the Vietnam War. Some supported underwater demolition teams -- the precursors to Navy SEALs -- and undertook surveillance missions with their electronic eavesdropping gear.

They were numerous, inexpensive and flexible and, by all accounts, successful. If the Navy acquires OSVs in order to bolster the Marines’ beach-landing capability, it’ll be relearning a lesson it unlearned 50 years ago. Sometimes smaller is better.