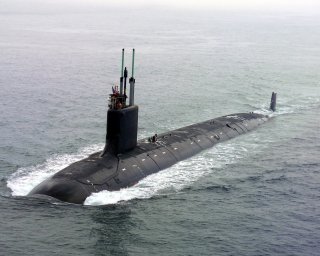 The biggest threat to the U.S. Navy's new Virginia-class attack submarines may not be a foreign power, but rather President Trump's decision to cut the Navy's shipbuilding budget by $4 billion, according to the 2021 budget request that was outlined last month. Under this plan, the Navy would acquire 44 vessels through 2025 – down from a planned 55 vessels. However, lawmakers in Washington, DC have protested the cuts for one less of the Virginia­-class submarine in the fiscal year 2021 budget.

This is quite a turnabout for the Navy, which announced only last December that it would undertake its largest warship building project, when it announced plans to spend $22 billion for nine new Virginia-class attack submarines. The deal was awarded to the shipbuilding team consisting of General Dynamics Electric Boat and Huntington Ingalls Industries.

The Virginia-class submarines first entered service in 2004 to replace the aging Cold War-era Los Angeles­-class submarines, and this new class was designed to incorporate the latest advancements in stealth and weapons systems technology. The boats can handle a variety of open-ocean and littoral (shallow water) missions and this includes anti-submarine warfare as well as intelligence gathering. There are currently 17 Virginia-class submarines in active service out of the originally planned 66 boats – with current plans for the Navy to acquire at least an additional 30.

This was actually not the first class of submarines developed by the Navy to replace the Los Angeles-class, and the Seawolf­-class was originally developed for that role during the 1990s, but production was canceled and just three submarines were produced. This was the result of budgeting restraints at the end of the Cold War, and at a cost of $3 billion per boat, it was the most expensive fast attack submarine (SSN) produced to date. The Navy opted to change course with the Virginia­-class, which was smaller and carried a more manageable cost.

However, in addition to the budget concerns, the Virginia-class could now face other delays – from 10 to 15 months as General Dynamics and Huntington Ingalls Industries try to recover from assembly faults that have impacted the $161 billion program. This raised additional concerns in Congress as to whether the shipbuilding teams have the personnel, expertise and notably shipyard capacity to tackle all of the current projects.

The Virginia-class is currently the Navy's primary submarine for land, surface and anti-submarine attack missions and its armaments include cruise missiles and torpedoes. It also has large lock-in/lock-out chambers that allow Navy SEALs to operate from the boat, and there are future plans for it to be used to launch underwater drones. Instead of the traditional periscopes, this class of submarines utilizes two photonics masts that host visible and infrared digital cameras atop telescoping arms.

Current Navy plans are to acquire additional Virginia-class submarines through at least 2043, with those already commissioned to remain in service until at least the 2060s, while newer boats could remain well into the 2070s and beyond.