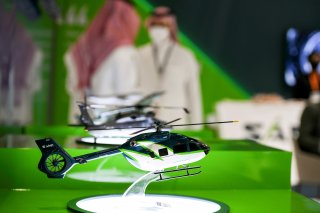 Despite opposition from some progressives as well as Republican lawmakers, the U.S. Senate this week essentially approved the Biden administration's proposed weapons sale to Saudi Arabia. A resolution from Sens. Rand Paul (R-Ky.), Bernie Sanders (I-Vt.), and Mike Lee, (R-Utah), sought to block the export of roughly $650 million worth of weapons to Saudi Arabia. However, the vote of thirty to sixty-seven against the motion to discharge the joint resolution from the Senate Foreign Relations Committee effectively ensured that the weapons sale would proceed regardless of how the House might have voted on the measure.

The arms package to the kingdom—a longtime U.S. strategic ally in the Middle East—included almost six hundred Raytheon-made missile launchers and nearly three hundred air-to-air missiles, along with spare parts and maintenance support for those platforms. The Biden administration had pushed the sale, arguing that the arms were “defensive” in nature.

“This proposed FMS [Foreign Military Sale] case would replenish Saudi Arabia’s existing inventory of air-to-air missiles,” the White House said in a statement of administration policy. “These missiles are not used to engage ground targets; Saudi Arabia uses these munitions to defend against aerial cross-border attacks, such as Houthi explosive-laden drones.”

Saudi Arabia shares a long southern border with Yemen, which is engaged in a bloody civil war where a Saudi-led coalition is fighting against Iranian-back Houthi rebels. The conflict has been seen as a regional humanitarian crisis, which is why Sanders and others in the United States Senate have opposed the sale of any weapons to the kingdom.

“Exporting more missiles to Saudi Arabia does nothing but further this conflict and pour gasoline on already raging fires,” said Sen. Sanders, who introduced the legislation along with Sens. Paul and Lee.

“Why in the world would the United States reward such a regime, which has caused such pain in Yemen, with more weapons,” Sanders pondered. “My friends, the answer is we should not.”

The vote split the Senate Democratic Caucus in the Senate, while the vast majority of GOP senators voted to back the Biden administration's proposed arms sale.

“Saudi Arabia is literally surrounded by violent threats conceived, funded and orchestrated by Iran,” Senate Minority Leader Mitch McConnell told reporters, per Politico. “A vote to block the sale of defensive military systems to Saudi Arabia would undermine one of our most important regional partners.”

Among those opposed to the sale to Riyadh was Senate Foreign Relations Chair Bob Menendez (D-N.J.).

“Make no mistake, the Saudi-led coalition bears the brunt of the responsibility for the devastation in Yemen,” Menendez said. “Yet I, along with most members of this body, have always supported the use of weapons systems in defense of civilian populations.”

Saudi Arabia began its intervention in Yemen in March 2015. It is the leader of a coalition of nine countries from West Africa and North Africa that responded to calls from Yemeni President Abdrabbuh Mansur Hadi for military support after he was ousted from power by the Houthi movement.