U.S. Special Operations Forces Are Getting Ready for War with Russia or China 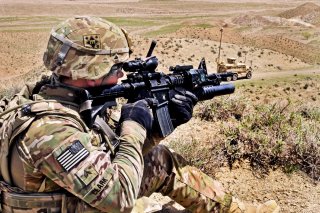