How the U.S. Military is Prioritizing Great-Power Competition 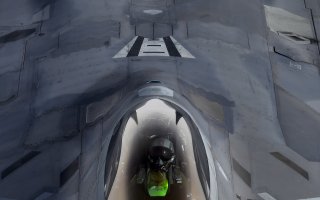 Nearly three years into the implementation of the January 2018 National Defense Strategy, developed under Secretary Jim Mattis but still prominently emphasized by Secretary of Defense Mark Esper, how much impact is the renewed focus on great-power competition actually having on U.S. military priorities?

One telling way to answer this question is to examine the deployment of Department of Navy assets—particularly, aircraft carrier battle groups, as well as amphibious ready groups and their associated “Marine Expeditionary Units”—to the broader Persian Gulf region.  It is that Central Command region, of course, that has consumed so many American military resources and so much policymaking bandwidth for at least two decades. President Barack Obama tried to “rebalance” away from it, and more towards the Asia-Pacific region, in his presidency, and then refocused on Europe as well starting with Russia’s seizure of Crimea in 2014. President Donald Trump took the logic a step further with his National Security Strategy, and its clear emphasis on China and Russia. Mattis and Esper have followed suit with their Pentagon document.

But does a National Defense Strategy really tell us much about resource allocation in the U.S. Department of Defense? After all, with sixty treaty allies or close security partners around the world, the United States has many responsibilities in many theaters. Moreover, the Middle East tends to suck back even those most determined to break free of its strategic embraces.

If we look at naval deployments, then the answer to this question would seem to be yes—to a degree. There hasn’t been a radical change, but there does appear to be a modest reduction in overall U.S. naval commitments to the region.

We have examined deployments of carrier battle groups and amphibious ready groups on a month-by-month basis since mid-2017 using the U.S. Naval Institute’s remarkable “fleet tracker” database. Two main deviations are evident from the historical norm—by which the United States usually had one of each type of modern-day armada present in the broader region, ranging to the Gulf of Aden and northwestern Indian Ocean region.

First, starting in the spring of 2018 and lasting through the calendar year, the United States did not deploy an aircraft carrier battle group—centered on the large-deck state-of-the-art behemoths that hold some seventy-five planes each—to the region. This was not entirely unprecedented, but it was rare and was depicted as a direct result of the National Defense Strategy. Instead, the carrier that would have gone to the Gulf under previous paradigms went to the Baltic Sea region instead—consistent with Secretary Mattis’s injunction that the American armed forces should be “strategically predictable but operationally unpredictable.”

Alas, by early 2019, tensions with Iran were growing, and the United States no longer felt it could make do without a carrier in or near Persian Gulf waters. Carriers were sometimes present, sometimes not in the winter and spring of that year, but by June have again consistently maintained a presence in the region—and that has remained the case until this day.  Ironically, it was General Frank McKenzie, taking over the reins at CENTCOM after helping write the National Defense Strategy, who requested and received the carrier presence. But such is life when theory and high-level strategy collide with the realities of maintaining stability in a tense and still-important (if somewhat less crucial than before) broader Middle East region.

Perhaps partly to compensate, starting in the fall of 2019, the United States no longer maintained a consistent afloat Marine Corps capability in the broader region. It did send an amphibious group to CENTCOM in the spring of 2020, soon after the killing of Qassim Suleimani, but that only lasted a few months and has not yet been succeeded by any new deployment of Marines.  These amphibious groups have only about one-third the airpower of a large-deck carrier and come with some two thousand Marine Corps infantry.  They are a potent force for certain kinds of missions that may involve small fights on land, and/or on ships or oil rigs or other assets in the broader Persian Gulf region. For these reasons, it would not be surprising if an amphibious group arrived in the CENTCOM region again soon.

On balance, though, give two cheers to the Defense Department—given the practical requirements of undergirding global commitments and alliances, a net reduction of some 20 to 30 percent in major surface naval deployments to a key strategic region does add up to a meaningful shift in resources in response to a new national defense strategy.

Michael O’Hanlon is a senior fellow and the director of research of foreign policy at the Brookings Institution.

Adam Twardowski is a senior research assistant at Brookings, where he assists O'Hanlon with his work on U.S. defense and foreign policy, as well as Brookings' Project on International Order and Strategy, which focuses on multilateralism and great power competition. He is a graduate of the Security Studies Program at Georgetown.