It's Time to Get Real About Great-Power Politics 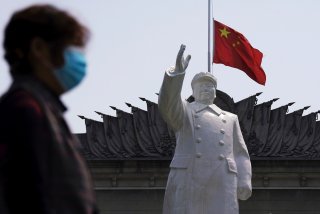 Despite entering a new geopolitical era of great-power competition (GPC) over the past decade, Washington still lacks a coherent grand strategic framework to guide its priorities and shape its foreign policy decisions. The scholarly and policy expert communities on grand strategy advocate two competing theoretical paradigms, liberal internationalism (Deep Engagement) and defensive realism (Retrenchment), but neither one of these two schools of thought adequately accounts for the present dynamics of great-power competition. Instead, the United States should pursue a grand strategy anchored in a third theoretical paradigm, offensive realism.

Every era of world order in international politics is shaped by a combination of the structural balance of power among the most significant actors on the one hand, and the ideas, norms, and institutions governing their interactions on the other. Over the past decade, the international system transitioned from an American-dominated unipolar era shaped by subdued great power rivalries to a multipolar era, one in which the key shaping factor is the aggressive geopolitical competition among the United States, China, and to a lesser extent Russia. For most of the post–Cold War era, the threats to international peace and security came from sources other than traditional great power politics. Civil wars in the Balkans and Africa spilling over borders, transnational crime networks, nuclear proliferation by “rogue states,” and of course the post–9/11 “global war on terror” dominated the agenda. This view was most memorably expressed in the 2002 Bush White House National Security Strategy, a document that epitomized the prioritization of the new types of threats over classical geopolitical rivalries: “America is now threatened less by conquering states than we are by failing ones. We are menaced less by fleets and armies than by catastrophic technologies in the hands of the embittered few.” This relatively benign view of twenty-first-century great-power politics prevailed in many Western policymaking circles, so much so that when Russia launched a quasi-military invasion of Ukraine, Secretary of State John Kerry dismissed it as an aberration out of the nineteenth century. A mere five years later, however, this optimism about a rule-based liberal order devoid of aggressive great-power political rivalry is quickly dissipating. And at least in some corners of the national security apparatus, it is all gone: the Pentagon’s new 2018 National Defense Strategy summarily declared the return of traditional realist concerns to the top of the agenda: “Inter-state strategic competition, not terrorism, is now the primary concern in U.S. national security.”

What happened? And what does this shift tell us about the best theoretical paradigm to understand and shape U.S. grand strategic decisionmaking in the years to come? Over the past two decades, while the United States spent vast resources for little strategic gain in conflicts across the Middle East, China and Russia took decisive steps to increase their spheres of influence at the expanse of Washington and its regional allies. While puzzling from the liberal internationalist perspective still prevalent in the Washington foreign policy establishment, the aggressive actions of Beijing and Moscow, as well as the increasingly confrontational U.S. response, all these developments are easily explained by the offensive realist school of international relations theory. The “tragedy of great power politics,” as John Mearsheimer long ago recognized, is that an increasingly multipolar system, such as today’s world, leads to intense strategic rivalries and potential military conflicts among the great powers. Therefore, a realist world order is the only sustainable one and the only one that has a chance to mitigate the possibility of a tragic great power war. As the system moves from unipolarity to multipolarity, the nature of the world order necessarily changes as well because a multipolar world comprising one or more authoritarian great powers is a realist one, it cannot be liberal any longer. The implications of this systemic change for American grand strategy are profound: rather than attempting to resuscitate the liberal world order advanced by the liberal internationalist grand strategy in the post–Cold War era, it is now time to shape the emerging realist world order.

As a decidedly pessimistic theory of great-power politics, offensive realism admittedly does not offer either the uplifting vision of peace and prosperity under an ever-expanding liberal world order advocated by liberal internationalists nor the financial savings and benign isolation implied in the retrenchment paradigm proposed by defensive realists. However, recent developments on the international scene fit better with the theoretical expectations of offensive realism than with those of its alternative paradigms. The current era is dominated by the resurgence of great-power revisionism, with China and Russia aggressively expanding their spheres of influence both regionally and globally in a way that offensive realists such as Mearsheimer expected all along. In the 1990s and 2000s, the Washington foreign policy elites, operating broadly speaking under a liberal internationalist worldview, assumed that deepening the economic engagement with rising great powers will serve to diminish traditional geopolitical conflicts, and instead lead Beijing and Moscow to accept the rules and norms of the Western liberal world order. Restraint advocates, while critical of the liberal assumptions that economic and diplomatic integration will lead to peaceful cooperation amongst the great powers, nevertheless fail to account for the aggressive recent moves of China in the South China Sea or for Russia’s military adventurism in Georgia, Ukraine and now Syria. For defensive realists, security is plentiful in the international system, and these great powers should feel secure enough in their regions instead of aggressively attempting to expand their regional influence and control even at the risk of inviting balancing coalitions against them.

In contrast with these two paradigms, offensive realism’s pessimistic view of great power politics more accurately anticipated that the “holiday from history” of the past two or three decades will come to an end sooner rather than later. As former Obama administration officials, Kurt Campbell and Ely Ratner observed, “Neither carrots nor sticks have swayed China as predicted. Diplomatic and commercial engagement have not brought political and economic openness. Neither U.S. military power nor regional balancing has stopped Beijing from seeking to displace core components of the U.S.-led system. And the liberal international order has failed to lure or bind China as powerfully as expected. China has instead pursued its own course, belying a range of American expectations in the process.” Similarly, Vladimir Putin’s strategy is clearly aimed at expanding Russia’s sphere of influence in the former Soviet States and to weaken America’s military and diplomatic presence in Eastern Europe. Some defensive realists might argue that Russia’s aggressiveness in Ukraine was provoked by the West’s pursuit of closer ties with Kiev, but this argument is hard to reconcile with Putin’s disproportionate military response that led to the actual seizure of Crimea, or with Russia’s aggressive rhetoric towards NATO since that time. The “tragedy of great power politics” is that conflict is the natural state of relations among them, something that is as true today as it always has been.

An offensive American grand strategic framework for the new era of great-power competition rests on three core principles. First, in order to address the only realistic threat of a hostile regional hegemon dominating one of the three key geopolitical areas of the world (Europe, Asia, Middle East) and thus reaching global co-superpower status, the United States should center its grand strategy around the containment of Chinese power and influence both in Asia and globally. This is the single most significant threat to U.S. national interest in the long-run. The second principle outlines three second-order threats: Russia’s resurgence as a hostile geopolitical player, destabilizing nuclear proliferation on the part of rogue regimes such as in North Korea and likely Iran, and the continued fight against radical jihadist groups like ISIS and Al Qaeda. These security threats of significant but nevertheless lesser strategic importance will need to be dealt with in a cost-effective manner, so as to free resources for the main goal of containing China. And third, the United States needs to be ready to ruthlessly compete diplomatically and economically in shaping the contours of an emergent realist world order (and regional orders) that is gradually replacing the post–World War II liberal world order.

Whatever its historical merits, the current grand strategy of liberal internationalism is no longer working for the current challenges posed by the return of intensified geopolitical conflicts, and the defensive realist retrenchment alternative is too risky and similarly ill-suited to today’s GPC era. In contrast, an offensive realist approach is an alternative worthy of serious consideration.

Dr. Ionut Popescu is an assistant professor of political science at Texas State University and an officer in the U.S. Navy Reserve. He is the author of Emergent Strategy and Grand Strategy: How American Presidents Succeed in Foreign Policy (Johns Hopkins, 2017). The opinions expressed here are entirely his own, and do not represent the views of the U.S. Navy or the Department of Defense.