VIDEO: What Happens if Washington, D.C. Was Attacked with a Nuclear Weapon 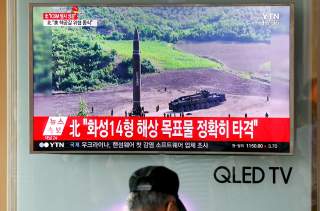 Then there is Russia. Moscow continues to press NATO from the Baltics to the Black Sea and beyond, while its influence is on the rise in the Middle East with its unending military involvement in Syria. And the war in Ukraine continues to drag on.  Asia most closely resembles a giant powder keg, ready to explode at any moment--thanks to North Korea.