The Wacky Story of How China's Navy Got Aircraft Carriers 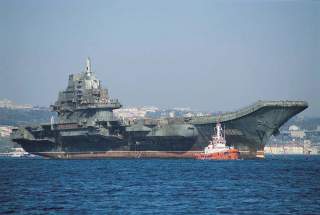 Key Point: So if there’s a moral to the story of the Varyag, it’s not to expect too much gratitude for your good deeds . . . and always keep the receipt.