The War On Drugs 2.0: Vaping Is Officially In The DEA's Crosshairs 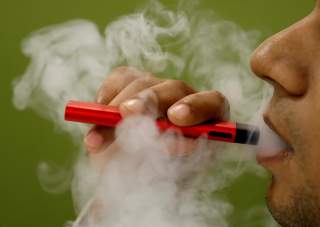 Last summer, Brian Besser, Drug Enforcement Administration District Agent in charge of Utah, told reporters that Mexican drug cartels have “all of a sudden gotten involved in this vape cartridge industry, and reasonably so, because they know they are going to make money off of it.”

This makes sense. Prohibition incentivizes innovations in the production and distribution of illicit substances to make detection more difficult. It is very hard to identify illicit drugs that are processed in liquid form and combined with scented juices in vaping cartridges.

On November 1, Agent Besser informed reporters of a DEA intelligence report stating illicit fentanyl is being found in bootleg vaping cartridges in various parts of the country, although not yet in Utah.

The Utah Department of Health reports more than 100 people have been hospitalized in the state for vaping-related illness, with one death. 90 percent of the patients admitted to using bootleg THC cartridges.

There is a grim lesson in this tragic intersection of the war on drugs with the war on vaping: prohibition kills.

Prohibition of marijuana promotes bootleg and homemade concoctions of THC vaping liquids sold in cartridges in the underground market, where they are often mixed with unsafe solvents. Prohibition of opioids causes innovative—and more deadly—ways of producing and distributing the drugs.

Now Axios reports the Food and Drug Administration may announce plans next week to ban all flavored vaping products except for tobacco and menthol. Menthol and tobacco flavored liquids will remain legal because those flavors are believed to be more popular with adults than children.

But as I have written, flavored vaping cartridges are the preferred method of more than 90 percent of adults who use e-cigarettes to switch off of much more harmful tobacco smoking. This deprives adult tobacco smokers of an effective means of harm reduction. And the sale of e-cigarettes to those under age 18 has been prohibited since 2016.

Minors who wish to vape are still managing to get their e-cigarettes in the underground market. Once flavored liquids are banned, diverted legal and regulated flavored vaping cartridges will no longer be one of the sources for their preferred kind of vaping. They will have to rely on bootleg vaping cartridges sold in the black market, which are fast becoming a new industry for Mexican drug cartels.

If the FDA goes through with a ban on flavored vaping cartridges, expect news reports of an epidemic of vaping-related deaths in minors attributed to fentanyl.

Jeffrey A. Singer is a Senior Fellow at the Cato Institute and works in the Department of Health Policy Studies.​