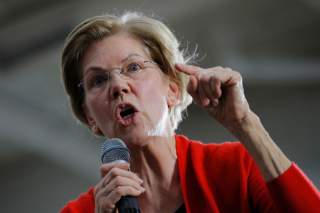 On her campaign website, Senator Elizabeth Warren discusses reasons why she supports an annual wealth tax. She says, “Consider two people: an heir with $500 million in yachts, jewelry, and fine art, and a teacher with no savings in the bank.”

Is that how an heir would hold $500 million—in yachts, jewelry, and fine art? That perception of the assets of the rich seems to be common. Economist John Cochrane suggests that people think top wealth looks like Scrooge McDuck’s gold vault.

Of course wealthy people own personal luxury assets, but most wealth at the top is business assets. In this piece, I look at the holdings of the richest 0.1 percent of Americans, who are people with net wealth above $16 million. Almost 90 percent of that group’s wealth consists ultimately of equity and debt in businesses, which in turn funds capital investments and creates jobs and growth.

A related belief people have is that wealth at the top comes at others’ expense, as does the lady in this 1979 video below (h/​t). But the reality is the opposite, as Milton Friedman explains to her on the Phil Donahue show.

Wealth at the top supports opportunities for other people, as discussed here, here, and here.

This article by Chris Edwards originally appeared in the CATO at Liberty blog in 2019.