This Was Germany’s Last Victory of World War II 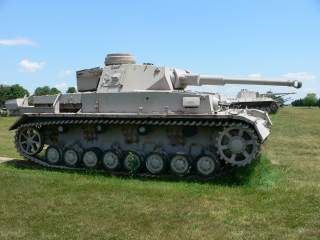 To the Russians, the plan to liberate Ukraine held out the possibility of destroying the heart and soul of the German army, and with luck, bringing an early end to the war. The Soviet High Command, called the Stavka, ordered an attack into the Kharkov area where Manstein’s forces were defending using three main thrusts: the Voronezh, Southwestern, and Southern axis.

The Voronezh front consisted of the Fortieth, Sixty-ninth, and Third Tank Armies and was ordered to seize Kharkov. To the Stavka, this was a pursuit operation, having had the Germans on the run since Stalingrad. By mid-February, the advancing Soviets had retaken Kharkov. Russian intelligence had seen and identified many of German troop concentrations and—as Manstein had hoped—misinterpreted them as preparing for further withdrawals. As a result, the Russian high command ordered their troops in the center to push west with all haste—going deeper into the German trap.

(This is part two of a two-part series, you can read the first article here.)

Manstein had counted on the Russians being exclusively focused on advancing and wanted to foster their belief they were chasing a demoralized German foe. Based on previous experience, the German senior leaders expected the Russians to react badly to unexpected battlefield turns. In his famous description of German armored operations of World War II, “Panzer Battles,” Maj. Gen. F.W. von Mellenthin (Chief of Staff for Manstein’s Forty-Eighth Panzer Corps) said the Russian soldier is:

"carried on by the herd instinct and is therefore not able to endure a sudden change of a triumphant advance to an enforced and precipitate withdrawal. During the counterattack, we witnessed scenes of almost unparalleled panic among the Russians, to the astonishment of those who had experienced the stubborn, almost fanatical resistance the Russians put up in well-planned and efficiently organized defenses."

Manstein's counterattack began on February 20. German forces that had apparently been retreating instead turned to mount a ferocious attack. Even forty-eight hours into the attack the Soviets didn't believe they were witnessing a coordinated counterattack but thought it to be merely local attempts to defend. The misperception proved catastrophic for the Russian troops.

Refusing to acknowledge that they were facing a large-scale, coordinated assault by the Germans, the Stavka stubbornly ordered its Sixth Army and the Voronezh Front’s Third Tank Army to disregard the German actions and continue attacking to the west. Because they had not expected to be in sustained pitched battles, the two Russian armies began running out of both fuel and ammunition, critical to continue fighting.

The Stavka ordered emergency areal resupply and attempted to fly desperately needed supplies directly to the troops. The German Luftwaffe, however, had broken the code on Russian transmissions and were waiting when the transport planes appeared, wiping most of them out of the sky before they delivered their desperately needed cargo.

Finally recognizing the situation was spiraling out of control, the Russian commanders ordered the Sixty-Ninth and Third Tank Armies to try and save the Sixth Army. But it was too late. One of the Sixth Army’s main units, the Twenty-Fifth Tank Corps, ran out of fuel and ammunition. Its men then abandoned their equipment and in a panic began to retreat.

By the time the Russian high command realized they had walked into a trap from which they could not extricate themselves, the Stavka had ordered their units to escape the trap and head north to escape. Unfortunately for Red Army troops, they had been in such haste to attack west that not only were they short on fuel and ammunition, but many also lacked basic anti-armor support. The results were devastating.

Entering the battle, the counter-attacking Germans were at an 8-to-1 disadvantage in manpower to their Russian opponents. But by March 6 several large Russian formations had been destroyed or captured in the Kharkov pocket, including losses of more than 600 tanks and 1,000 pieces of artillery and other field guns. By March 15, the German army flag was again flying over Kharkov.

Manstein had turned around what had been a route by advancing Russian armies and turned it into a victory of remarkable proportions. At least in this battle, the Russians got over-confident and too ambitious because of previous successes and failed to prepare for tough fighting adequately—and also underestimated their opponent. The Germans, meanwhile, relied on discipline and previous high levels of training to soberly assess the situation and then used sound strategic and tactical principles to achieve tremendous success.

By the end of March 1943, the immediate threat to German forces had been removed. The victory would be short-lived, however, as Hitler—after having allowed his best commanders to conduct operations as their knowledge and experience dictated—ignored the advice of his most accomplished commanders and ordered an ill-conceived attack into Kursk months later. Hitler’s foolish decisions at Kursk would result in a defeat in the summer of 1943 from which the Germans would never recover.

(This is part two of a two-part series, you can read the first article here.)