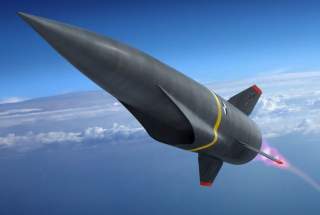 At a time when existing missile defenses can’t guarantee success against the ballistic missiles, a whole new challenge has been posed by hypersonic vehicles. Many people believe that after a certain time period the effectiveness of ballistic missile defenses will grow. In that situation, hypersonic weapons’ deployment is important. However, as of now, the Hypersonic Glide Vehicles (HGVs) and Hypersonic Cruise Missiles (HCMs) are solutions looking for a problem.

Major global powers are engaged in building, testing and deploying hypersonic weapons. Among them are the United States, Russia, and China. India and France are also working on hypersonic research and development. Russian’s demonstration of “Avangard” in 2018 added urgency to the U.S. plans to expedite hypersonic developments. The United States is also looking at various options to defend against Russian and Chinese hypersonic threats with parallel developments of its own weapons. Russia and China would also be considering options of defensive capabilities after the United States has rushed to develop this capability.

Among the options being discussed to protect against hypersonic threats are directed-energy weapons, hit-to-kill capabilities, space-based interceptors, a laser weapon mounted on an unmanned airborne platform to track and destroy missiles in their boost-phase, and cyber-attacks on the enemy’s command and control systems.

Hypersonic gliders can be best intercepted during their launch from the ICBM in boost phase when a missile travels at its slowest speed. Unlike conventional reentry vehicles (RVs), glide vehicles follow unpredictable trajectories due to their maneuvering ability after the boost phase. The interception becomes hard during the terminal phase. The F-35 Lightning II aircraft has a sensor system capable of detecting infrared signatures and the location of a boosting missile. It is capable of shooting down cruise missiles today. The Missile Defense Review (MDR) 2019 has called for a report from the U.S. Air Force and Missile Defense Agency on incorporating ballistic missile defense capability to F-35 to shoot down missiles in boost phase. As the hypersonic glider is launched from a traditional ICBM till the boost-phase, the F-35 can be one of the options to defend against the Avangard glider.

Another thing discussed in the MDR 2019, is a new airborne laser weapon to intercept missiles in their boost phases. The Missile Defense Agency is already evaluating this technology through its Low-Powered Laser Demonstrator program. The U.S. undersecretary of defense for Research and Engineering, Michael Griffin, has stated that the United States has made significant progress in directed-energy weapons, but the hypersonic threats require a lot of work to be done.

The boost-phase interception using F-35 and UAVs would have geographical problems due to range issues. It can work for a country with geography like North Korea but for Russia and China, it will have to assure its survival from the adversary’s air-defenses. The F-35 has a range of six to eight hundred miles. To increase range, it will have to carry extra fuel tanks, compromising its stealth features. The success of shooting down a missile in boost phase will also depend on the range of laser weapons.

The U.S. Defense Advanced Research Projects Agency (DARPA) is also looking at various possibilities including directed-energy weapons and advances in intercepting, tracking and targeting. DARPA is speeding up its efforts to develop a “glide breaker.” The concept was shown in September 2018, details of which are not made public. However, it will look at various options to destroy the glider. Nevertheless, the challenges to the kinetic means of killing a glider look obvious when existing technology is struggling to target reentry vehicles on a predicted trajectory. According to Griffin, there is no effective kinetic way of killing future swarm attacks using missiles, drones, small boats. Any kinetic kill vehicle will require fast speed and maneuverability to chase down effectively.

The other option to counter futuristic threats would be space-based interceptors (SBIs). They would provide birth-to-kill coverage of missiles from the boost to terminal phases. The MDA 2019 has also added these interceptors in its bucket list. A larger number of sensors and interceptors would be required for the full coverage of the earth for a boost-phase interception. However, there is no fundamental progress in deploying SBIs as they are in the study phase. SBIs would also draw debate on the weaponization of space, although no such law prohibits their deployment as of now.

The United States, Russia, China, and India have demonstrated their anti-satellite (ASAT) capabilities. So, the SBIs would also be subject to an adversary’s attack.

Detecting, tracking and intercepting hypersonic threats would also require an advanced and upgraded sensors layer. Enhancing the detecting and tracking ability will increase the chances of their interception. It will also increase the warning and response time to disperse or launch forces in order to avoid the decapitating first-strike.

One component of strategy against hypersonic threats can be to disrupt adversary’s command, control, and communications using offensive cyber operations. Communications can be hijacked, and information can be compromised by using various cyber tools. These tools can also be employed against the use of the traditional ballistic and cruise missiles.

If these defenses are not built effectively before a future conflict, then the only option to counter hypersonic threats would be destroying them prior to their launch, by a successful first-strike. As the MDR 2019 calls it Attack Operations for Missile Defense. These operations will degrade, disrupt, or destroy an adversary’s offensive missiles.

Although the attack operations are one of the options, it may be the last option to be undertaken in extreme conditions as the first-strike by the United States would invite adversary’s second strike. Whatever damage limitation measures one side may take, the outcome will not be shorter than the mass havoc and devastation.

The HCMs are more threatening. Russia’s sea-launched Zircon cruise missile is said to have a speed between Mach 6-9. There is no effective defensive system against HCMs right now. Among current cruise missile defense systems, the ship-launched ESSM has a range of 50 km at Mach 4 speed. Increase in speed and range can make it an effective defense in the future. The SM-6 is a low-altitude and highly maneuverable weapon which can shoot down both the cruise and ballistic targets. It can engage targets at the range of 370 km. Upgradation of these systems along with the sensors and detection can enhance their future capability.

Russian president Vladimir Putin blamed U.S. missile defenses for development of hypersonic weapons after withdrawing from the Anti-Ballistic Missile Treaty in 2002. This is the classical offense-defense competition. Building defenses against threats would force the offense to become stronger. The best strategy to counter such weapons should be outlawing them as the United States and Russia did in the Intermediate Nuclear Forces in 1987 by banning and destroying an entire class of nuclear weapons. Since, the INF treaty has met its demise, expecting talks on hypersonic weapons in this environment is too much to ask for. The United States would likely develop its own hypersonic weapons to keep parity with the Russia and China followed by a new likely arms race.

Samran Ali is Research Assistant at the Center for International Strategic Studies, Islamabad. He works on nuclear non-proliferation issues. He can be reached at [email protected] and his twitter handle is @Samranali6.