What? Amazon Just Showed Off a Flying Ring Camera 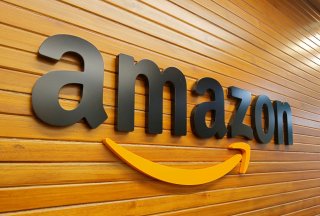 Amazon held an event Thursday to introduce a suite of new products, and one of them drew a great deal of attention: A security camera that can fly around inside the home.

Coming from the Amazon-owned home security company Ring, the Ring Always Home Cam is part camera, part drone. It’s being marketed as a way for users to keep cabs on their entire home, without needing to buy multiple cameras.

“Ring Always Home Cam gives homeowners a variety of viewpoints throughout their home without having to purchase multiple cameras. Users can check if the oven was left on, the doors are locked, or the curling iron was left on with this compact, lightweight, autonomously flying indoor camera that flies predetermined paths set by the user, providing greater visibility when no one is home,” Ring said in its announcement of the product.

“When used with Ring Alarm, the Ring Always Home Cam will fly the appropriate paths to check for potential disturbances when an alarm sensor is triggered. Ring Always Home Cam was built with privacy in mind and only records video when in flight. When not in use, it remains in the dock where the camera is physically blocked. When in motion, it makes an audible sound—this is privacy you can hear.”

Some of the media coverage of the announcement has looked at the privacy implications of the Ring Always Home Cam and the other new Amazon products.

“As we’ve learned from Ring’s other products, what’s to stop it from spying on family members or neighbors, becoming a tool for police — or being used to watch you,” the Washington Post asked. “Once again, Ring’s products raise more social questions than the company seems to want to address.”

Also Thursday, Ring announced several products for the car, including the Ring Car Alarm, Ring Car Cam, and Ring Car Connect. And Ring also announced the arrival of end-to-end encryption for its videos.

“Privacy and security guide everything we do at Ring and we are always looking for ways to deliver more user control and improve our customers’ experience,” Leila Rouhi, president of Ring, said in the announcement. “We are proud to be one of the first major players in the smart home security space to offer video End-to-End Encryption as part of our home security solutions.”

A study published this summer by Strategy Analytics found that across the United States, UK, France, and Germany, nearly 30 percent of smart homes have at least one surveillance camera.