Ring for Everyone: 30 Percent of Smart Homes Across These Four Countries Have Surveillance Cameras 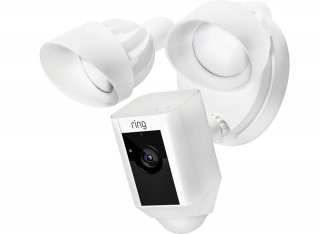 Home surveillance cameras have become so popular that they are now the second-most popular smart home device, behind only smart thermostats, across smart homes in the U.S. U.K., France and Germany.

That's according to new data released this week by research firm Strategy Analytics, in a report called “Smart Home Survey – Surveillance Cameras," which was conducted as part of the firm's 4Q19 Smart Home Survey.

Strategy Analytics found that nearly 30 percent of smart homes across those four countries have at least one surveillance camera. Nest,  Amazon (Blink and Ring) and Arlo are the most popular brands across the four countries.

“Surveillance cameras have found a place in millions of smart homes, in spite of concerns over privacy and hacking, which suggests the benefits outweigh the risks for many consumers," Jack Narcotta, Senior Industry Analyst in Strategy Analytics’ Smart Home Strategies advisory service, said as part of the firm's announcement.

"Surveillance cameras’ popularity among consumers is driven more by what the devices do and less by what software features or which hardware components the devices are equipped with. The two most powerful purchasing drivers for surveillance cameras are how they help consumers feel secure and how they give consumers peace of mind to know their families and homes are safe.”

The cameras from such brands aren't only in homes. Nest, which is owned by Google, recently launched a program to place Nest cameras at hospitals that are treating coronavirus patients. This live-streamed video from parents' rooms to monitors at a nurse's station. The program launched in May in around 100 rooms at Mount Sinai hospital in New York.

Meanwhile, a bee was caught on the Ring camera outside the home of our Executive Editor and Korea Studies Director, Harry Kazianis, earlier this spring. It was the latest example of unusual sites being caught on Ring cameras.

Ring announced a new Video Doorbell in April, costing $99.99. In the first review, Tom's Guide described the product as "the top video doorbell under $100," giving it four stars out of five. That product is available today.