What Could Have Been: In 1938, Russia and Japan Almost Went to War 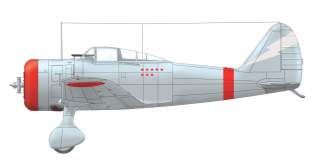 Michael Peck is a contibuting writer for The National Interest.