What If the Navy's Assault Ships Also Carried a Boat-Load of Missiles? 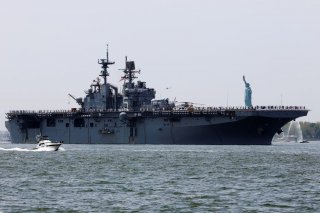 Key point: These warships allow the Marines to land and do their thing. But what if they could also pack a big punch?