What If Taiwan's Air Force Was Blown Up On the Ground by Chinese Missiles? 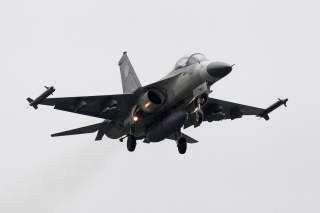 Key point: Beijing has thousands of missiles and believes it could overwhelm Taiwan with them in a surprise attack during a war. Could bunkers be a good-enough solution to protect Taipei's vulnerable aircraft?

Sébastien Roblin holds a master’s degree in conflict resolution from Georgetown University and served as a university instructor for the Peace Corps in China. He has also worked in education, editing and refugee resettlement in France and the United States. He currently writes on security and military history for War Is Boring. This first appeared in August 2019.