When Drug Addiction Is Criminalized We All Lose 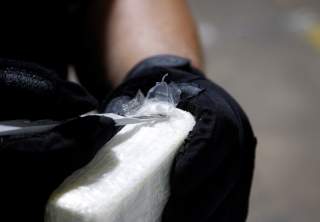 In a recent Wall Street Journal column entitled Even Heroes Can Struggle With Addiction, Timothy McMahan King offers convincing evidence that the great British abolitionist and statesman, William Wilberforce, responsible for ending the slave trade within the British Empire in 1807, was an opium addict for much of his adult (and productive) life. Because of the stigma attached to addiction, most historians and biographers have hidden, ignored, or buried that fact.

Similarly, few of us who rely mainly on the history lessons we received in high school are aware of the regular and (by today’s standards) excessive use of alcohol, opium, and other drugs by our nation’s founders.

Even many in my profession do not know that the great William Halsted of Johns Hopkins University Medical School, considered the “father” of modern American surgery, and creator of hospital residency programs for medical school graduates, was addicted to cocaine and morphine for most of his professional life.

This weekend, in a letter to the editor of the Wall Street Journal entitled Should Drug Addicts Be Criminals as Well?,  I commended King for amplifying the fact that there are “functioning addicts” who, if they live in the right neighborhood, have the economic means, and the right connections, can keep their lifestyle private, avoiding not only the ostracism that comes with the stigma of addiction, but victimization by the criminal justice system as well. Many accounts of functioning addicts are provided by Jacob Sullum in his excellent 2003 book, Saying Yes: In Defense of Drug Use.

I also elaborated on King’s observations about the “consequences society has chosen to impose on people with addiction. You can be addicted without suffering them.” Indeed. And so many harmful consequences are a direct result of the dangerous black market prohibition inevitably creates.

In his article, King wrote, “The world would not have been a better place had Wilberforce languished in prison instead of fighting the slave trade.”  It is heartbreaking to reflect on the countless numbers of less fortunate people who languish in prison today instead of helping to make the world a better place.