Why Almost Nothing Can Stop a B-2 Bomber in Battle 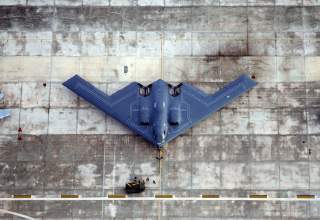