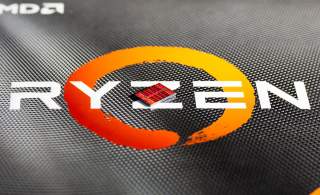 Picking the right CPU is a notoriously tricky proposition; it’s also one of the most important decisions to make when buying or building a PC, setting the cadence for all your other hardware choices. CPU purchasing guides, organized by category and price bracket, remain the best way for consumers to make sense out of a sprawling, complex market-- you can find ours here.

But every so often, there comes a product that defies neat categorization, setting a new standard of performance at an unmatched price. It’s no easy task to revolutionize the CPU market, but that’s precisely what AMD has achieved with the trailblazing Ryzen 9 3950X.

First, some context. The CPU market has long been divided into two categories: consumer and high-end desktop (HEDT) processors. Let’s say that you’re buying or building a PC for personal use, and are interested in gaming or basic tasks like browsing the internet, streaming movies, and editing documents; then you’re a “consumer,” in the market for a “consumer CPU” that can run anywhere from $49 to $549 depending your performance needs. On the other hand, let’s say that you’re a special effects artist for a major film studio, or perhaps a corporate server administrator; then you’re a “professional” who requires an HEDT setup, consisting not only of a CPU that typically starts in the  $1,500 - 2,000 range and can go all the way up to $13,000, but a compatible HEDT motherboard chipset than can cost several times more than its consumer counterpart.

But the strict dichotomy between personal and professional use has become irrelevant for a growing number of “prosumers” whose workflow straddles the line between high-end consumer and entry-level HEDT performance needs. This is a diverse group of enthusiasts and semi-professionals, from video editors and dedicated streamers to small business owners, who are looking to do serious work without overpaying thousands of dollars for performance they don’t need.

Enter the Ryzen 9 3950X. Built on AMD’s excellent “Zen 2” architecture, The 3950X’s 16 cores and 32 threads chew through professional productivity tasks like rendering and encoding with ease. By abandoning Intel’s old monolithic approach in favor of a modular chipset design that offers more cores at a lower price, AMD is able to sell the 3950X at around half of what it would have otherwise cost: $750, as opposed to $1250-1500. Despite barely costing more than a high-end consumer CPU, the 3950X consistently trades performance blows with much more expensive HEDT chips like the $2000 Core i9-9980XE. Though not strictly a gaming CPU, the 3950X also offers respectable gaming performance for professionals looking to combine work and leisure.

The savings don’t end here: the 3950X crams an unprecedented degree of workstation horsepower into AMD’s affordable AM4 motherboard platform, potentially saving hundreds of dollars over much more expensive HEDT motherboards. Keep in mind that you’ll want a beefy cooler to take full advantage of the 3950X’s performance--AMD recommends an all-in-one liquid cooler (AIO) with at least a 280mm radiator-- though the same can be said for any high-performance consumer chip.

With Intel trying and failing to compete in the sub $1000 consumer CPU niche with the pricier and slower  i9-10980XE, AMD’s offering currently sits in a category of its own. For semi-professionals seeking the best workstation performance short of a dedicated HEDT, the 3950X is the only game in town.