CPU Death Match: A CPU Buyer's Guide for 2020 (No Matter Your Budget) 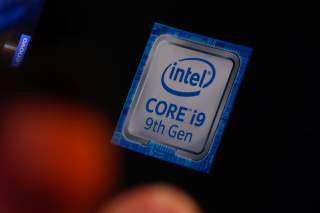 Buying a CPU was a simpler proposition in the early 2010’s, when almost every price bracket was dominated by Intel. But AMD, the other player in the CPU space, has come back in a big way to disrupt the market with the breakout success of its excellent Ryzen series.

Today, the CPU market is saturated with a glut of strong offerings at nearly every bracket. The sheer number of options can be daunting, but we’re here to help you sift through a convoluted market with a buyer’s guide to the best CPU’s.

First a few disclaimers. The CPU is the central component of any PC build, and one that tends to determine the cadence of all your other hardware choices. This is because many of the most demanding tasks ( encoding, video/photo editing, and 3D rendering, to name a few) are heavily CPU-bound. The only exception is gaming, which relies more on graphics card (GPU) performance-- but even if you’re building a PC for pure gaming, it’s crucial to ensure that your CPU is fast enough not to bottleneck your GPU.

As with most other PC components, picking the right CPU is a delicate balancing act between price and performance. With that in mind, we’ve compiled a list of the top CPU’s for a wide range of budgets.

Looking to build a PC on a sub $300 budget? AMD has you covered with the Athlon 3000G, released in late 2019 as a refresh of the older Athlon 240GE. Boasting two cores clocked at a 3.5 GHz base frequency as well as an integrated Vega GPU, the 3000G is perfectly sufficient for basic tasks like web browsing and document editing. Just keep in mind that those basic tasks are about all you can expect to do at this price-- those interested in light, 720p gaming at the cheapest possible price point would be better served by spending another $50 for the exponentially faster Ryzen 3 3200G

A direct successor to the popular Ryzen 5 2600, last year’s Ryzen 5 3600 brings unparalleled value for its modest mid-range price. The mid-range dollar-to-performance gap between Ryzen and the competition is now wider than ever, with the 6-Core, 12-Thread Ryzen 3600 crushing Intel’s comparable Core i5-9600K in virtually all technical benchmarks. Gaming is a bit of a different story, but Intel’s lead here is so tiny that the Core i5 simply isn’t worth it compared to the general performance that you’re giving up over AMD’s offering. Bolstering this already-amazing value proposition is the fact that the 3600 comes out of the box with AMD’s Wraith Stealth cooler, which is good enough to keep unless you’re planning on overclocking.

In spite of AMD’s newfound CPU dominance across multiple categories, Intel has managed to hold on to the enthusiast gaming bracket with the 9700K. If you’re exclusively interested in running the most demanding games at high resolutions and/or fast refresh rates, then you can’t go wrong with the 9700K’s excellent single-threaded performance at a significantly lower price than the comparably fast i9 series.

Small business owners and professional creatives looking for a powerful workstation that doesn’t break the bank should consider the Ryzen 9 3950X as a great-value compromise that offers comparable performance to High-End Desktops (HEDT’s) while being compatible with the consumer-tier AM4 motherboard socket. With the 3950X, the entry bar for serious professional work is now lower than ever.